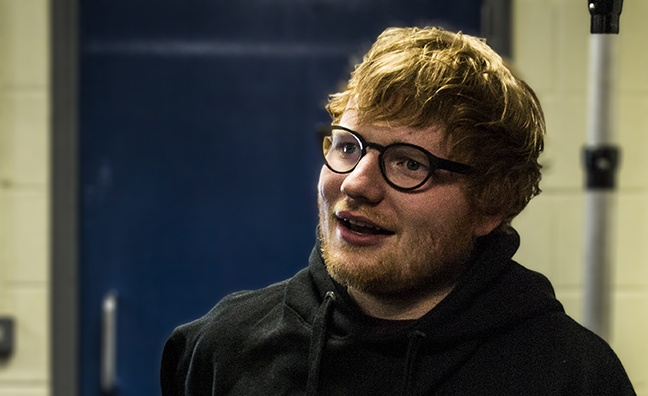 With chart schedules still returning to normal, our latest snapshot of global activity is slightly less comprehensive than normal but it is clear that while more recent behemoths top the latest chart in some countries — Taylor Swift in the USA, Eminem in Canada and U2 in Croatia, for example — an album released last March has returned to the summit in many others.

The biggest-selling album around the world in 2017 by some distance, Ed Sheeran's ÷ has seen its already high profile raised considerably by the success of his latest single, Perfect. Divide has returned to No.1 in Australia, Austria, France, Germany, Ireland, The Netherlands, New Zealand, Sweden, Switzerland and the UK. It is also in the Top 10 in many other countries, moving 4-2 in the USA, 2-2 in Canada, Croatia and Flanders, 4-3 in Wallonia, 4-4 in Denmark and Italy, 4-6 in Slovakia, 7-6 in Spain, 6-6 in Norway and 9-10 in the Czech Republic.

Justin Timberlake's Man Of The Woods is released next month, and is likely to be one of the first international smashes of 2018. Technically, the Motion Picture Cast Recording of The Greatest Showman is a 2017 release but with the film now giving great box office, the soundtrack to the film is making huge strides internationally. Containing new songs by a cast that includes Hugh Jackman, Zac Efron, Keala Settle and Loren Allred, it jumps 39-4 in the UK, 63-5 in the USA, 36-6 in New Zealand, 77-8 in Australia, and debuts at No.10 in Ireland, No.38 in the Netherlands, No.49 in Germany and No.50 in Flanders.