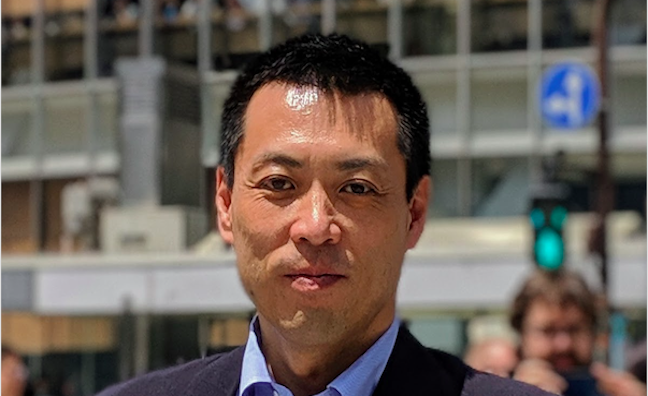 Merlin has announced the appointment of Akira Nomoto as general manager of Merlin Japan.

Nomoto arrives from Spotify Japan, where he served as head of artist & label marketing and subsequently director of licensing and label relations. The executive previously led Apple’s label relations & music programming in the territory.

Nomoto takes over from Haji Taniguchi who established Merlin’s Tokyo office in October 2016 alongside Kaoruko Hill.

Charles Caldas, CEO, Merlin, said: “I am delighted to welcome Akira to the Merlin team, and to recognise Kaoruko’s ongoing contribution to our business. Their unrivalled experience will help Merlin’s expanding Japanese membership capitalise on the continued consumer adoption of music streaming, and boost our long-term commitment to the region.”

It's a boost for our long-term commitment to Japan

“I would also like to acknowledge the role of Haji Taniguchi in establishing Merlin’s presence in Japan,” Caldas added. “Alongside Kaoruko, Haji played a lynchpin role since October 2016. We wish him all the best for the future, and look forward to accelerated growth as the Japanese market flourishes.”

Akira Nomoto commented: “For artists and labels, streaming services have made it easier to connect with audiences from all over the world. Japan is not immune to these trends, and there is now a huge opportunity for Japanese independent labels to expand their business globally as the market shifts from ownership to access. I am very happy to be a part of this change, and look forward to working with Merlin members to reshape and build this new era.”

In October last year Merlin revealed that distributions to its Japan-based members had increased by 200% year-on-year, while streaming revenues recently overtook download revenues for the first time in the country.

Caldas added: “Similarly, at a time of significant market change, the team’s presence on the ground ensures Merlin’s global network of labels and distributors has the strongest possible representation. There is nobody who better understands the Japanese music market.”

Additionally, Kaoruko has been promoted to the expanded role as head of member services and operations for Merlin Japan.