As the UK loses 1m subscribers, how vulnerable is the streaming market during a cost of living crisis? 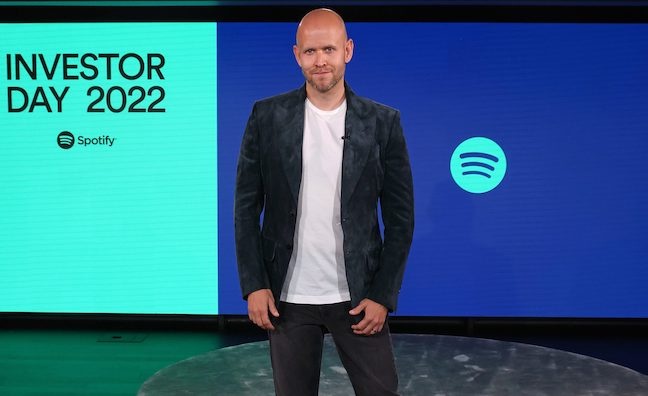 There was good news for the global music industry this week with the Goldman Sachs Music In The Air report.

As well as upgrading forecasts for growth, Goldman Sachs was confident that the premium streaming market would be resilient during any economic downturn. In other words, subscriptions to Spotify, Apple Music, Amazon Music and more won’t be among the first things that consumers look to cut from their monthly expenditure.

But while that global forecast may well be accurate overall, there are signs that the acute cost of living crisis may be hurting DSPs in the UK.

UK inflation is at a 40-year high of 9% and interest rates are on the increase (albeit from historic lows).

Now a market report from Kantar based on its world panel audience research has found that more than one million music subscriptions have been cancelled in the last quarter in the UK. ‘Wanting to save money’ was cited by 37% of consumers as the reason they cancelled (up from 33% a year ago as the reason).

Value for money was the No.1 driver of new subscriptions in three out of our four Kantar survey regions (German audio streamers went with ‘music platforms my friends use’).

Of course, Spotify is still growing across global regions as new subscribers often outpace those leaving the service (perhaps to come back at a later date).

But during the cost of living crisis, the number of new music subscribers dropped to below 1% of the population in the UK in Q1 of 2022, according to Kantar. The US and Germany also saw a drop in new subscribers compared to the same period last year.

In the UK, subscriptions are dropping the quickest amongst younger consumers. The percentage of under-35s having access to a music subscription has dropped 3.5 percentage points year-on-year from 57.0% to 53.5%. 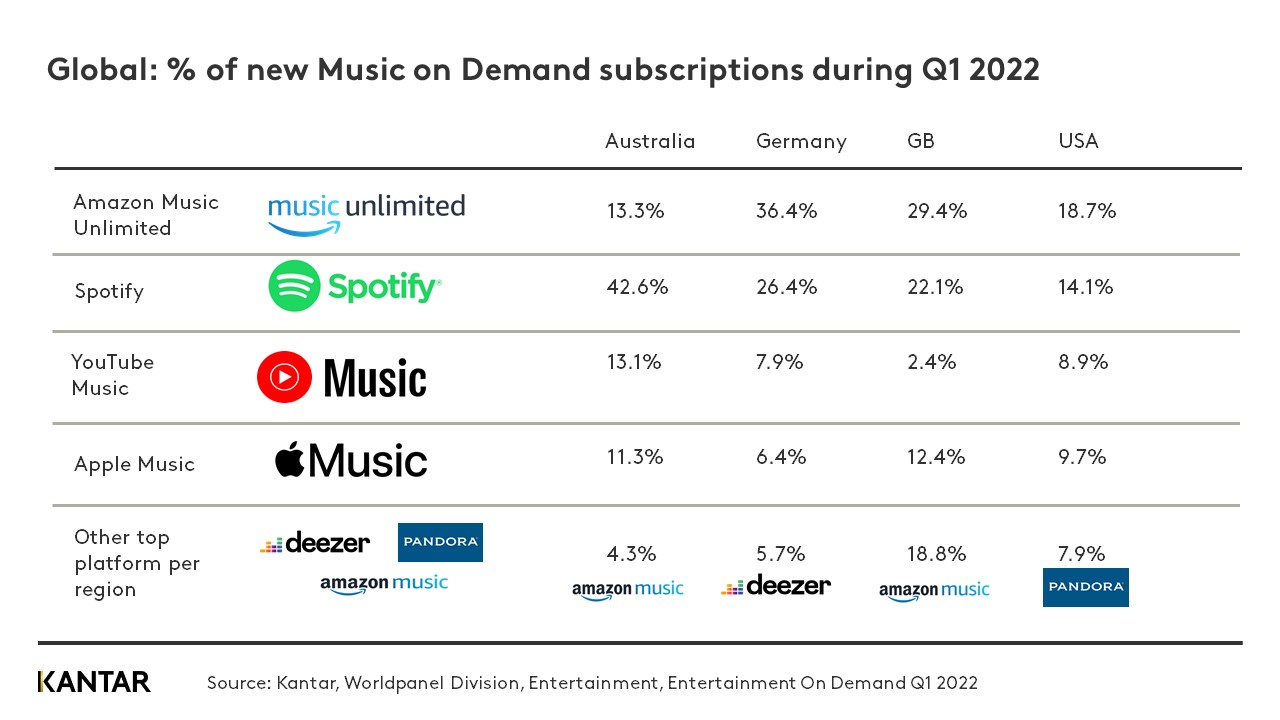 Kantar confirmed to Music Week that the 1m cancellations is an absolute figure, so new subscriber additions would offset that. The cancellations also include users who have dropped a second service they had access to or possibly switched to a rival.

According to the report, Spotify is picking up 22.1% of new premium subscriptions in the UK, though Amazon Music Unlimited is on top overall (29.4%). With Amazon Music (presumably the Prime membership version with a limited offering) in fifth place with 18.8% of new subscribers in Q1, the online giant is taking almost half of new music streamers, according to Kantar. Of course, Spotify, Apple Music, et al, may disagree with that assessment, which is not based on actual data from DSPs.

With 7.1% of current Amazon Music Unlimited subscribers in GB, US and Germany already planning to cut their subscription, rising prices could lead to an increased number of cancellations over the next few months across all the global markets, according to Kantar. They found 37% citing this reason for saving money, with only Spotify having a higher percentage of cancellations (41%) based on price.

Penetration rates for music streaming remain at around 40% in the UK, ahead of Germany but behind the US and Australia. That suggests there’s still plenty of room for market growth that could offset any future subs churn in Britain.

Nevertheless, the UK penetration figure for consumers accessing at least one DSP from Kantar is down from 43.6% in early 2020. The 0.2 percentage point decline from Q4 2021 to Q1 2022 is a net figure that takes into account all new and lost subscribers.

One of the reasons for this drop in penetration is due to a decline in the number of young people with subscriptions. Around 600,000 fewer under-35s have access to a music subscription compared to the previous year, with the penetration of students who have access dropping from 67% to 59%.

Some of the main reasons under 35s are planning to cancel and are over-indexing in this churn measure compared to the over 35 group include ‘not a wide enough selection of music’ (presumably largely relating to Amazon’s limited service), ‘too many advertisements’ or ‘having technical difficulties’.

The US has seen a sharper decline of almost five million people under the age of 35 no longer having access to a music subscription service, dropping from 69% to 63%.