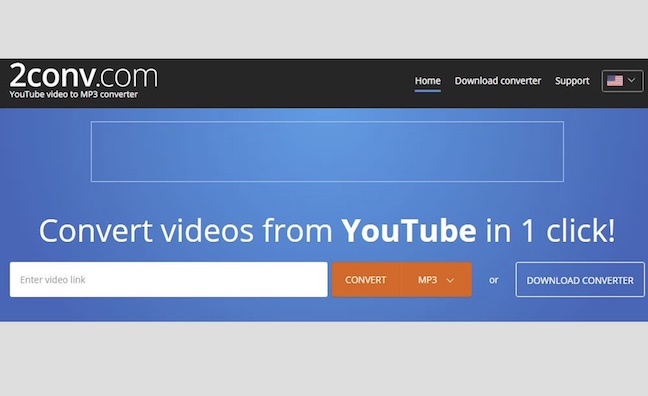 Record labels association the BPI has won two significant new piracy cases confirming for the first time that cyberlockers and stream rippers – and those who use them – break the law.

The cases, which were brought by major and independent labels, were dealt with following an online hearing by Mr Justice Miles at London’s High Court. He ruled that the operators and users of the websites use the services of internet companies to infringe copyright and that therefore the ISPs should block access to them. The infringing uses included providing or linking to a downloadable stream-ripping app.

The High Court’s decision comes as a Parliamentary Select Committee inquiry is looking into the economics of streaming, including the impact that piracy is having.

The landmark group litigation represents a hard-won legal victory in the ongoing fight against music piracy. The BPI has been developing the cases for two years, with 3,000 pages of evidence and months of negotiations with the UK’s six biggest ISPs – BT, EE, PlusNet, Sky, TalkTalk and Virgin Media.

The Court heard the industry’s legal arguments on February, 3 2021 in an online hearing due to the pandemic. The cases were brought in relation to a major cyberlocker Nitroflare and a number of stream-ripping sites, including two of the world’s biggest, Flvto and 2Conv. Some of these sites provided or linked to the downloadable app, MP3 Studio. Together these sites attract over a billion visits a year worldwide, and tens of millions a year from the UK alone.

The operators of the illegal stream-ripping sites make millions of pounds a year from advertising in the UK alone, according to the BPI.

Mr Justice Miles found that although music only represents around 10% of all files available on Nitroflare, the site warranted being blocked because it actively encouraged illegal sharing and it was highly unlikely that the site was being used for legitimate storage on a significant scale.

Legal music streaming now accounts for 80% of music consumption in the UK. But revenues have still not recovered to their pre-piracy levels.

In its response to the DCMS Committee inquiry, the BPI has called on the government to continue to do more to help reduce piracy and to grow the value of the legal streaming market. Warner Music UK CEO Tony Harlow has also urged tougher action on piracy.

The BPI’s two latest legal actions were group litigation cases by major label and independent record companies in a representative capacity on behalf of the members of BPI and PPL. They were brought under section 97A of the Copyright, Designs and Patents Act 1988 against the six defendant ISPs (BT, EE, PlusNet, Sky, TalkTalk and Virgin Media), who did not attend the hearing because, following negotiations with BPI, they agreed ultimately not to oppose the case and to comply with the Court’s decision.

In terms of usage, the BPI said data for the period January 2018 to December 2020 showed that Nitroflare, the cyberlocker to be blocked, has received an average of 3.5 million annual UK visits over that three year period.

There are four currently active stream-ripping sites to be blocked – Flvto, 2Conv, Flv2mp3 and H2Converter, plus the downloadable app provider MP3 Studio.

Geoff Taylor, BPI’s chief executive, said: “Illegal sites, including stream rippers and cyberlockers, rip hundreds of millions of pounds from the music economy in the UK every year and hold back the growth of the UK’s legal streaming market. The BPI takes action on multiple fronts for labels and artists to ensure that platforms that use music pay fairly, but we would like government to set a clear duty of care on digital platforms to prevent illegal content appearing on their services, and make it simpler, cheaper and faster for creators to take action against the illegal use of their work. This can make the UK the best country in the world to invest in music and to be a music fan.”

Kiaron Whitehead, BPI general counsel responsible for the UK litigation, said: “The High Court has confirmed what we all believed, namely that the operators and users of these egregious cyberlocker and stream-ripping sites – together with the associated stream-ripping app – infringe copyright in multiple ways and should be blocked in the UK. The illegal sites have more visits to them than even global brand websites like Coca-Cola and McDonalds, and they deprive those who create and invest in music from their rightful rewards.

“These two new judgments are important both legally and practically. They are not a silver bullet, but they develop existing European law and represent a significant step forwards in copyright law in the UK. We are grateful to the High Court in dealing with this group litigation so efficiently in an online hearing. The BPI will be taking further actions following these judgments.”

Amanda Solloway, Minister for Intellectual Property, said: “This result is good news for artists and performers, and I am grateful to BPI for its defence of our country’s intellectual property laws. These ‘stream-ripping’ providers steal hundreds of millions of pounds which should be going to our world-renowned music industry. The government will continue working closely with the music industry to combat piracy, protect jobs and maintain one of the strongest intellectual property frameworks in the world.”

Gee Davy, COO and head of legal & business affairs, Association of Independent Music (AIM), said: “These judgments are not only a win for the independent music businesses named in the cases but the whole music ecosystem and AIM congratulates BPI on their expert handling of these cases. Getting music from illegitimate sites and services drives down the value of music and the money available to pay musicians and fund creativity. We hope that these judgments will serve as a strong deterrent to other illegitimate cyberlockers and stream rippers and raise awareness of legitimate ways to enjoy great music.”