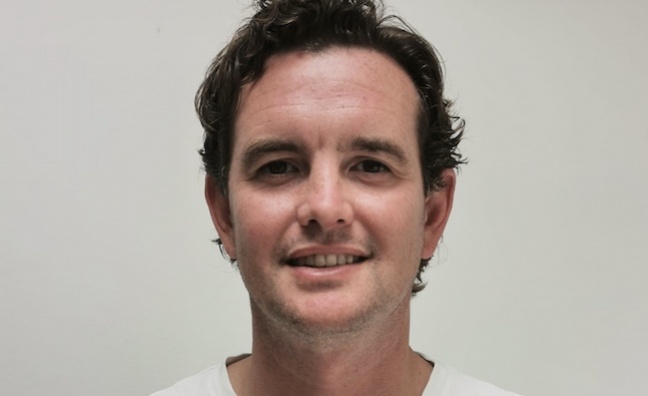 Artists are increasingly looking to take a direct route to their community of loyal supporters.

Planet is the latest resource designed to support that crucial relationship. Their tech allows artists to provide fans with a digital pass for their smartphone that supplies notifications about new music, tours and content.

Planet is developing its AAA For Artists offering with management firms such as Verdigris, Modest, ie:Music and East City. Hot Chip were the first act to utilise Planet. The band have pushed out exclusive new music and tour presales to their Planet of fans.

Dominic Joseph (Captify Technologies) has joined as chairman, while new recruits include Ella Hartley (O2 Music) and Keith McColl (Supervision Management) to lead the team in working with artists and managers.

The start-up has secured £1.5 million in seed funding from figures including Ben Lovett, Sam Piccione of OVG International and Tim Clark of ie:Music to support its fan-friendly mission.

Here, co-founder and CEO James Morrison reveals their vision for the direct-to-fan platform…

Why are bespoke platforms for artists becoming more important rather than relying on third party/social media platforms?

“Artists and their teams are increasingly concerned over the lack of control they have in the relationship with their fans, the majority have direct relationships with only a fraction of their global fanbase as interactions are now largely mediated by third party platforms.We've spoken to many in digital and community-focused roles who have shared that organic reach on third-party social platforms has dropped below 10%, meaning activating a fan base has become harder and more expensive for everyone involved. But we believe the root problem is that the algorithms and existing D2C platforms promote a need for more and more one-way content to be broadcast at fans, which limits an artist’s ability to develop an understanding of what fans actually want.

“Social and broadcast channels treat all fans the same, however we feel the unique connection artists create with their music can rewire this relationship and accelerate their global potential, as fans increasingly seek more personable and interactive experiences. Although mailing lists are effective they are too functional to evolve and meet these new fan expectations. We believe the future belongs to artists in control of two-way fan experiences.”

How important can Planet be in helping to expand an act’s live business? And can It develop new and existing revenue streams such as merch?

“Artists have so much more opportunity to engage with their fanbase, mobilising them before, during and after shows, whilst unlocking a more sustainable way to access this audience when they are not touring to drive better year round returns. By offering fans the chance to participate as a collective, we facilitate a more reciprocal relationship where artists can see the value in unlocking more access directly, this in turn leads to fans inviting others to join.

“We've seen this two-way relationship create immediate upside particularly by enabling fans to participate pre- and post-shows, with exclusive event specific 'drops'. But also in the long term, as our decentralised model means the artist and their teams have full access and control of how the data is actioned. We enable them to take a longer term view of how they curate experiences or build new creative revenue streams.”

What early success have you had with artists?

“We've recently launched a product, AAA for Artists, a digital wallet pass that is integrated into the Apple and Google wallets to provide a two-way direct-to-fan platform, which we have had great feedback working with artists ranging from Hot Chip to New Rules. When a fan clicks through to the customised artist landing page, we are seeing over 80% sign up. It shows there is a very captive audience who are willing to give more to get more from their favourite artists.

“With no app to increase fan expectations, this becomes a light touch and high engagement channel. On average, artists send targeted push notifications to AAA pass holders twice a month, ramping up around live shows, with average interaction rates at around 60%. It makes sure fans are always reached in the biggest moments of each artist's campaign.”

How is the team expanding and what kind of experience do they bring?

“Although the power lies in the elevated fan experience and data insights we provide to artists, this is not a self-service platform. We know that spreadsheets aren't always that useful or insightful, and there is often a lack of resource and time on the artist side to fully make the most of data dashboards, which is why we decided to support our product with a fully managed service. Our team are there to give genuinely actionable insights, and bring their own expertise to support and work with management to prove out the value we can unlock.

“In the coming months, as we scale we will grow our insights and data team to expand the offering beyond managers. Alongside recruiting a group of soon-to-be-announced music industry advisors, they will help shape the future product road map.”

“We’re working closely with the artist management community and are looking to grow strategic partnerships into 2023. With more established acts we’re running tour pre-sales, which is another very rich source of fan insight and interaction that allows us to action product drops around their shows. We’re also excited to be working with some emerging acts who have experienced significant growth on socials in the past six months.

“More generally, we’ve seen ticket buying behaviour really fluctuate over the past year. So, beyond pre-sales, we’re also planning to launch a direct-to-fan feature that supports sell-through of tickets closer to shows and incentivises fans to bring others with them.”