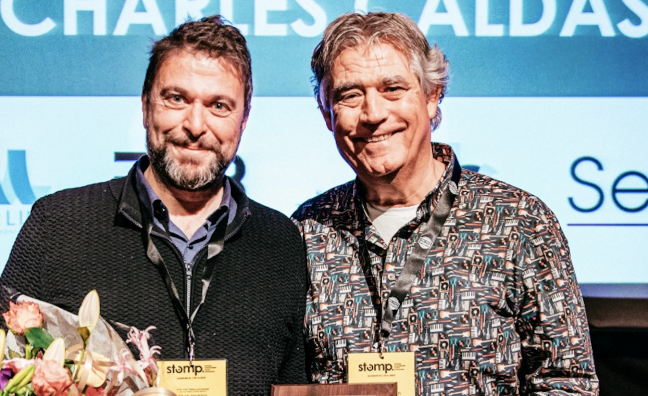 Dutch trade association Stomp has presented Charles Caldas with the Independent Of The Year Award to honor him for his work for independents in his role as CEO of Merlin, the global rights agency for the independent label sector.

Speaking about the presentation, Kees Van Weijen, president of Stomp and IMPALA said: “Charles has played a significant role in the evolution of the record industry from physical to digital products, from the outset. Especially by defending independent label rights and striving for a same level playing field, Charles has been of great value. Led by Charles, the independent music sector now has a big market share in the digital world.”

Merlin CEO Charles Caldas added: “It’s a true honour to receive this award from Stomp, who have been such great supporters of Merlin from the very early days, and such an important force in advocating for and educating Dutch independents in this ever-changing market.”

In June, Caldas announced he would be stepping down as CEO at the end of this year, having led the digital rights agency since its inception in 2007 and launch in 2008.

As CEO, Caldas has overseen phenomenal growth in that time. He guided the indies out of an era when they were often overlooked or marginalised by digital services to strike deals with the likes of Spotify, YouTube, Deezer, SoundCloud, Pandora and Facebook. Merlin has distributed over $2 billion to its members on his watch.

Merlin now represents over 900members from 66 countries around the globe, and embodies more than 20,000 independent record labels and distributors. It has offices in Amsterdam, London, New York and Tokyo. Caldas also oversaw a series of strategic non-exclusive licensing partnerships in China with NetEase Cloud Music, Ali Music Group and Tencent Music Entertainment. Merlin members have reaped the rewards of several successful copyright infringement actions, the Warner Music/Parlophone divestment agreement and the sale of Merlin’s shares in Spotify, as exclusively revealed by Music Week in 2018.

An official statement from the Stomp Board read: “As CEO, Charles Caldas has been a key figure for Merlin and its independent members for over a decade. Since the very beginning of the agency, Charles has been a driving force, making an immense contribution to Merlin’s success.”