'We are so honoured': Sofi Tukker join Deezer Next line-up 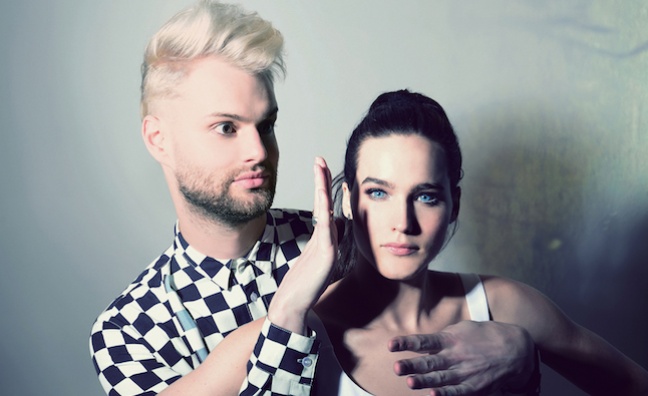 Deezer has announced Sofi Tukker as the fourth and final installment of the 2018 Deezer Next line-up. The New York house and EDM duo made an impact with their track Best Friend.

The Deezer Next programme is designed to champion emerging talent from around the world. Sofi Tukker will join electronic duo The Blaze, BRIT- and AIM-winning vocalist Jorja Smith and pop singer Zak Abel as global priority artists for 2018. All selected Next artists are supported with profile development, playlisting and take part in creative artist marketing campaigns for 12 months.

The global priority acts are joined by a diverse range of local acts from seven countries, including new regions to the programme.

Sofi Tukker said: “We are so honored to be part of Deezer Next.”

Sulinna Ong, global VP of artist marketing, said: “In our second year of the Next programme we’re continuing to support a brilliant and diverse range of emerging talent. Already, the artists involved have all seen a demonstrable growth of their global audiences, and we are looking forward to working with our latest line-up. Sofi Tukker are a duo we’ve seen blossom on Deezer over the last few years and we are delighted to support them as our final global pick for 2018 and help push their remarkable music to new levels.”

Since its launch in January 2017, Deezer Next global and local artists have seen a big increase in both fans and streams. In three months, The Blaze have seen a boost of over 366% in streams and more than 100% growth in fans, while Zak Abel has seen a jump of 2,074% in fan growth since February 2018. Jorja Smith streams grew 632%, with 3,593% fan growth since January 2018.

Local acts have also experienced similar success since joining the programme, with Cynthia Luz (Brazil) streams growing 650% since January, and Gashi (US) and Moha La Squale (France) increasing fans by 1,530% and 921% respectively since December 2017 and February 2018. EUT (Netherlands) experienced an impressive stream boost of 5,030% since December 2018.