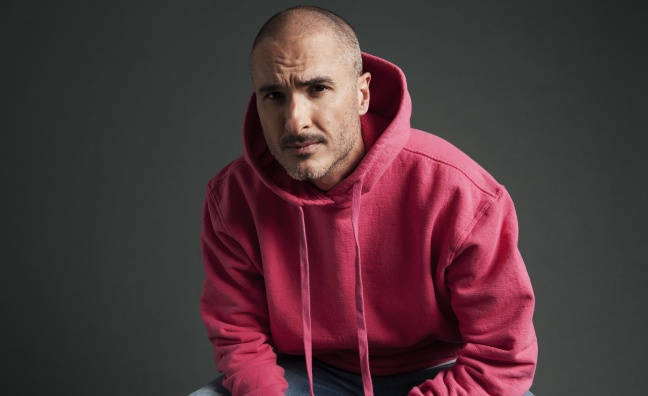 Zane Lowe has predicted “the beginning of something new” as Apple Music launches Spatial Audio, a new, immersive audio experience for subscribers.

Lowe is co-head of artist relations at Apple Music, where he also hosts a radio show. In a new blog post – which can be read in full below – the former BBC Radio 1 DJ said that Spatial Audio will change the parameters of both making and listening to music.

Spatial Audio enables artists to create immersive audio, with sound emanating from around and above the listener. Lowe likened it to the modern cinema experience and said that Spatial Audio will follow mono and stereo sound as a new standard.

“There are a lot of artists in the past and present who would have loved to be able to lean in with this kind of technology — to make their songs come to life, make them bigger, and just take them to levels no one had even thought of yet,” Lowe wrote. “But they only had two stereo channels to play with. Now they can go beyond that.”

Apple Music has made Spatial Audio and the previously announced Lossless Audio available free of charge to its users, as the streaming giant makes its move into high definition audio. Lowe spoke at the Music Week Tech Summit in 2019.

The platform has also launched a number of new playlists, featuring tracks made specifically for Spatial Audio and remastered and remixed versions of classic songs across rock, pop, hip-hop, country and more. Apple Music has also released a guide to Spatial Audio.

Music will find its way to a Spatial environment

First there was mono, then stereo, and now there’s Spatial Audio. Spatial is an immersive experience with sound moving around you in different directions. We have only had that kind of experience before in cinema. Have you ever wondered how that would work with music? I have.

I first got the opportunity to listen to Spatial Audio on AirPods; I was confused at first. “Does this really work on AirPods? When do I get my car and go to some kind of listening room with special speakers?” And they were like, “No, no — just press play.”

Among the first songs I listened to were Lady Gaga’s “Rain on Me” and Kanye West’s “Black Skinhead.” It was hard to put into words because I’ve spent my whole life in a two-channel environment; I was born into stereo. It dawned on me that there are a lot of artists in the past and present who would have loved to be able to lean in with this kind of technology — to make their songs come to life, make them bigger, and just take them to levels no one had even thought of yet. But they only had two stereo channels to play with. Now they can go beyond that. So, to be able to hear parts of these songs coming from behind and around me? I was like, “I’m all in. I get it.” TV got HD — now music gets Spatial.

I’m fascinated to know how I might be emotionally moved by my favorite songs in a different way with Spatial Audio. Because it’s all going through my ears and triggering something, right? That’s what dawned on me when I was listening to these songs in Spatial: I was listening to these songs that I knew really well, but I was feeling something different. So, it’s not even just about the way it’s going to end up sounding, it’s very much how songs are going to feel.

I believe what is going to happen is that artists will start to hear things they haven’t heard before. Imagine Billy Corgan saying to the engineer, “When I created the guitar at the beginning of ‘Quiet’ in 1993 I wanted it to be heard from three-and-a-half miles behind you, and then I want it to land in front of your face in 3.2 seconds just as Jimmy Chamberlin’s drums begin.” Now, obviously, I’m not Billy Corgan and I just made that up. But if I can think about how it’s going to go, imagine what he’s going to do?

Music in modern times has often been all about innovation. From multichannel recordings, to electric guitars, mics, and synthesizers, to tape echo and samplers, to MIDI and iPod — so many technologies have been invented to play, capture, record, mix, and share music. With Spatial Audio musicians, engineers, and producers have this amazing new tool to bring a new 3D experience to millions of people. It all starts from one new tool for artists to experiment with and then eventually you end up with Sgt. Pepper’s Lonely Hearts Club Band; you end up with Pet Sounds.

It will come from the artists adopting it. It takes investment from the people who are going to use it and the people who are going to love it. When I started making beats when I was a kid, you had to save up a lot of money to get a sampler. They were not readily available and very few of them existed on the shelf. With Spatial Audio, I can put my AirPods in, press play, and have a Spatial experience; fans and artists have the means to listen to this and make music like this now. That’s when things change, because it can’t help but influence the young person who is sitting there listening going, “I want my music to sound that good.”

From here it’s going to be a really exciting journey. Eventually there will be new artists who are born into Spatial, just like I was born in stereo. Artists in the future might never even think about making a stereo record — because all they’ve ever known is Spatial. And making Spatial music is only going to get better. Apple is building immersive music-authoring tools directly into Logic Pro later this year. So any musician will be able to create and mix their songs in Spatial Audio for Apple Music — whether they’re in the studio, at home, or wherever.

Of course, stereo will always exist — no one is coming in and canceling stereo, just like they didn’t cancel mono. I've got a lot of mono records in my collection, and they sound great because they were designed to be heard in mono. Music that was designed to be heard in stereo will sound incredible in stereo like it always has. But now music will find its way to a Spatial environment. It’s not about the end of anything, it’s about the beginning of something new.