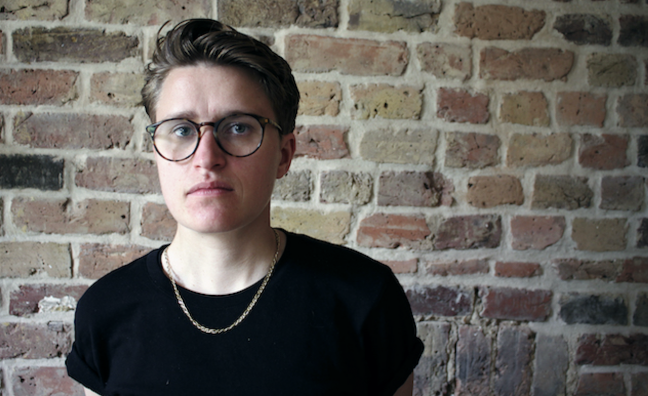 Maxie Gedge is the European project manager of Secretly Group, where she takes on a dedicated roster of artists across all three Secretly Group labels: Secretly Canadian, Dead Oceans, and Jagjaguwar. As an enthusiastic music advocate, Gedge has a strong focus on talent development, creative communications, and international network building.

At 18 she founded Gravy, a musical collective and emerging artist incubator. She’s also a musician and student of experimental music, she plays drums in bands Graceland and Current Bond, and she has a MMus in Sonic Arts. Gedge has programmed hundreds of shows, worked for festivals, venues, and talent development organisations in a range of genres. She has sat on the jury for awards such as MOBO Unsung, the SAY Awards and the BRIT Awards.

Since 2019, Gedge has managed Keychange, the international movement for gender equality in the music industry. On top of the core Keychange Programme developing artists and innovators from Europe and Canada, she has built partnerships with the UN SDG Action Campaign and TuneCore, among others. In 2021, Gedge started the Action Against Abuse alliance, a network of 40 international organisations working to combat abuse and harassment in the music industry.

Here, Maxie Gedge opens up about industry achievements, mentors and offers advice for the next generation of executive talent...

“It feels particularly special because of the timing. I found out that I had been enrolled on the day of my leaving party at PRS Foundation, which was an emotional surprise! It’s such a special way to end my time with the amazing teams at PRS Foundation and Keychange, and to be listed among so many visionaries is such an honour.

"I worked at PRS Foundation for five years and Keychange for two, and it was totally life changing. It’s made me realise who I am and who I want to be professionally; I am very grateful for the opportunities and proud of everything I achieved in my time there.

I’ve attended the Music Week Women in Music Awards over the years with amazing people who have been really important in my journey – Vanessa Reed, Ms Banks, Amy Field, Liam McMahon – and I have met so many rad people at the ceremony including Amy Lame and Skin!”

“I wish I knew what I know now! I grew up in an amazing DIY music scene in Norwich where I played in bands, put on shows, made zines and released records with my best friends. Somehow, we created this supportive little bubble that birthed so many amazing bands, featuring so many women and gender minorities!

"That has armed me with a weird confidence in my own ideas and my own creativity. We were quite cut off from the ‘industry’ though and I don’t think we really knew what was possible or what success looked like. I moved to London to start working in music and after some difficult first steps, I have always gravitated towards organisations that share my core values; artist-first development and creating inclusive, supportive communities.”

“My twin sister Stevie has always been my unofficial mentor and my total hero. I feel very lucky to have always had her leading the way and showing me the road ahead, throwing a bit of healthy competition in there every now and then too. She has such amazing instinct, drive and focus, she is an unsung hero herself. Professionally I have had amazing guidance from some of the best – Vanessa Reed, Stefania Pavlou, Joe Frankland, Lorna Clarke – and now at Secretly Group I’m working with Hannah Overton who is incredible!”

Cut your own groove; trust your instincts and your ideas

“The last few years have changed everything. Travelling to Japan, Jordan, Nova Scotia, and meeting so many amazing people, plus the incredible festival experiences pre-pandemic will stay with me forever! But I’m most proud of the support and advocacy that we were able to deliver at Keychange during 2020-21. Working with 74 women and gender minorities to help them progress during this time was challenging but more important than ever and creating the Action Against Abuse network contributed to the vital attempts to make the music industry a safer place.

"It is always really empowering to be recognised, so this Roll Of Honour, the shesaid.so Alternative Power List, and the IQ Magazine LGBTIQ list all stick out as really significant milestones in my career. I am so grateful to those organisations for helping me to evaluate and celebrate my work.”

“Cut your own groove; trust your instincts and your ideas. I think when I was growing up and starting in music I thought that I would have to change – myself, my work, my values – in order to fit into the music industry. If you find the right place, that is not true, you can influence and be part of something holistic and evolving, that you can grow with.”

“I’m not great with one-liners! My advice tends to come from deep discussions, creative sessions and building long-term relationships with people. One statement that stays with me though, which was said on a panel arranged by my pal Hannah Yelin featuring Shaista Aziz and Isabel Adomakoh Young – ‘ask yourself who is not in the room and why’ – I think that’s a good rule that can be applied to all situations in the music industry!”

“Change is good! I’ve just started my new role as European project manager at Secretly Group and the new team, fast pace and commitment to the roster is already incredible. From my time at PRS Foundation and Keychange I was able to hone in on what I love, working directly with artist and teams; helping them develop and connect. Recognising that’s what I want to focus on and making that switch has been a huge and important step for me.”