AIM chair Nadia Khan: 'Covid has shown how adaptable the indie community is' 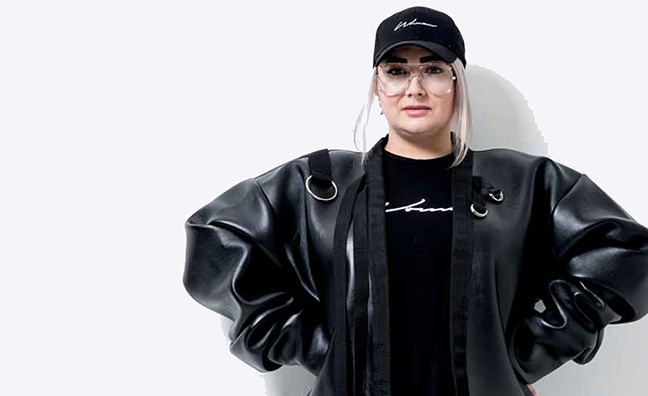 Women In CTRL founder Nadia Khan has spoken to Music Week her hopes for the Association Of Independent Music (AIM) after taking over as chair.

Khan, who has been working in the music industry for nearly 20 years and has served on the organisation’s board since 2017, succeeded Ninja Tune co-CEO Peter Quicke in the AIM role earlier this year.

Khan called on the music business to work with Women In CTRL to build a more equal future for the industry following its 2020 Seat At The Table report, which found a lack of female representation in leadership positions, with three female CEOs, and one female chair across the 12 trade bodies.

"Seeing that stat was concerning, and made me question why more women were not sitting in chair positions across the industry," said Khan. "When the [AIM] position became available, I knew it was important that I put myself forward for the role, and I was honoured to be elected."

I would like to use my position as chair to continue to raise and highlight issues in the industry, and help drive the gender disparity work I do through Women In CTRL

"Through my career as I was running independent labels, running campaigns and achieving chart success with Top 10 and Top 20 hits I still felt excluded from the industry, and an outlier in many ways," she said. "I’m passionate about helping bridge that gap to ensure we are reaching the next generation of music entrepreneurs coming up to be a part of the AIM community, and access the benefits that brings."

AIM opened a new free Associate Membership tier for all AIM Distributor Members in June. Speaking in the current issue of Music Week, Khan laid out her key priorities upon taking over as chair.

"For me, a main passion is education and making sure knowledge and industry resources are accessed by upcoming entrepreneurs, especially those from underrepresented backgrounds," she said. "It’s been great to see the launch of the AIM Associate tier, which will open these resources up to more than 100,000 members. The team have done a great job of pulling that all together.

"With the huge growth of the membership, it’s also a key priority that all members’ voices are heard so they can have a say in the future of the industry. I’m also keen to see more female entrepreneurs enter the industry as there are fewer female founders across independent music businesses, so that’s something I’m actively working on. I would like to use my position as chair to continue to raise and highlight issues in the industry, and help drive the gender disparity work I do through Women In CTRL."

It's taken a global pandemic to bring inequality to the forefront. That's been a major positive learning experience for many

Last year, Khan launched Women In CTRL - a platform to empower and connect women and minority genders across the industry, with over 2,000 members. Khan is a passionate champion for diversity, equity and inclusion, and her work in promoting gender parity and representation has been widely recognised. In 2018, she was inducted into Music Week’s Women in Music Awards Roll of Honour, of which AIM is a founding partner and supporter.

In May, AIM announced the launch of a full Equity, Diversity and Inclusion (EDI) Training Programme. Led by diversity consultants Arit Eminue and Vick Bain, EDI Level-Up is a curated programme that promises to break down barriers, and help participants create work environments where 'Conscious Inclusion’ is embedded into their businesses.

"It’s taken a global pandemic to bring inequality to the forefront. That’s been a major positive learning experience for many," said Khan. "It allowed us the opportunity to have uncomfortable and real conversations and actually dedicate time to making change happen. The horrific murder of George Floyd, which led to the BLM movement and the #showmustbepaused, which allowed us all time to reflect, and for the first time I saw equality and diversity discussed in the industry in a more open way.

"We are on the path to change, there is more awareness, and also acceptance that the industry has a major diversity problem. It needs to be continued and not forgotten, real change is going to take time."

Recent figures from the BPI and AIM showed that independent artists made more than a quarter of music consumed in the UK in 2020. For the second year in a row, the AIM Awards will take place virtually, with the livestream set for broadcast via YouTube, Facebook and On Air on August 25.

"I think that lockdown and Covid has shown how resilient and adaptable the independent music community is," added Khan. "The sector is overwhelming comprised of freelancers, self employed and small businesses, and I’ve seen so many pivot and adapt during the pandemic to ensure they survive, and through that they’ve improved themselves or their skills and managed to bring a positive outcome and attitude to face it all.

"There’s a spirit in independent music entrepreneurs to always find a way to succeed and overcome. The beauty and strength from independence brings innovation and experimentation with new ways to communicate with fans,  release music and continue to push boundaries. This ability to adapt and constantly evolve will keep independent community at the cutting edge and leaders in the market. I’m excited about new technology coming into the space, and also the growth in dynamic and unique business models."