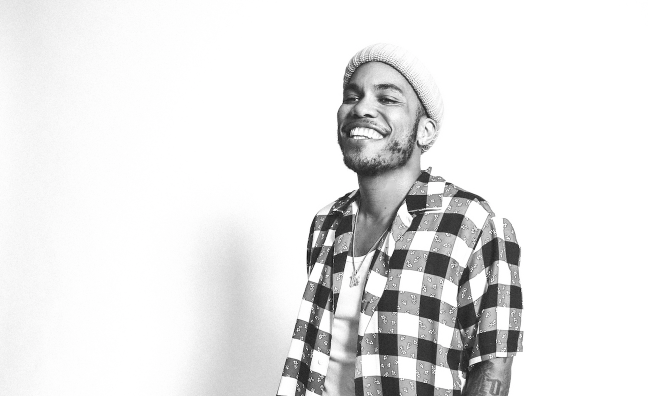 Anderson Paak, the four times Grammy-winning US rapper, singer, producer and drummer, has signed with music licensing company PPL for the administration of his international neighbouring rights collections.

Paak has won four Grammy Awards, including Best R&B Album for his most recent LP Ventura, which reached No. 4 on the US chart in 2019.

In early 2021, Paak formed a duo with Bruno Mars, Silk Sonic, which delivered Leave The Door Open, his first US No.1 hit, and which spent 18 consecutive weeks in the Top 10. The RIAA-certified, two-times platinum single has been followed by a second US Top 20 hit, Skate, while Silk Sonic’s first album, An Evening With Silk Sonic, will be released in January 2022.

“We are extremely pleased that Anderson Paak, one of the most talented and exciting US recording artists today, has chosen PPL to collect his international neighbouring rights royalties,” said Peter Leathem, chief executive officer of PPL. “We have collected over £500m internationally in the last decade thanks to the efforts of our expert team, who use our cutting-edge technology and data to maximise collections from more than 100 other Collective Management Organisations. We look forward to supporting Anderson Paak with our industry-leading operation as he continues to take the musical world by storm as a member of Silk Sonic and with his highly successful solo career.”