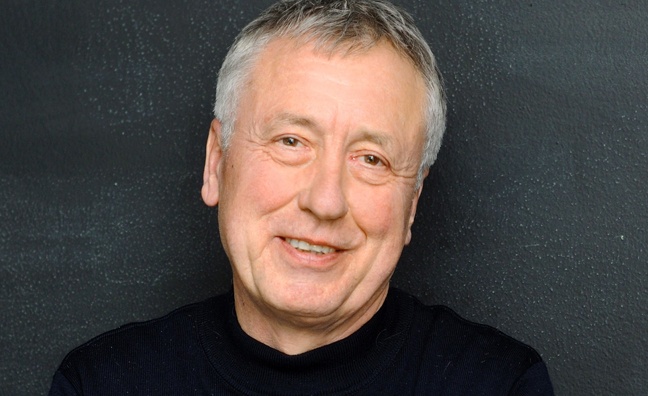 BMG’s revenue was broken down as follows: 60% publishing, 40% recordings, with its investment breakdown standing at 61% acquisitions and 39% signings.

Its digital share of revenue (streaming and downloads) stood at 79% of recordings, 63% of publishing – accounting for 69% in total.

The company cited its success as being spearheaded by projects by Bryan Adams, 5 Seconds Of Summer and Soft Cell, as well as victories on the publishing side (Blossoms, George Ezra, Placebo, Sea Power) and sync (including Nirvana’s Something In The Way placement in Batman).

Speaking about the results, BMG CEO Hartwig Masuch said: “We’ve had a great start to the year, but the better news is that this comes before we’ve even had what we believe will be the four biggest releases of the year, one of them yet to be announced.”

The second half of the year includes new BMG projects from 5 Seconds of Summer, Nickelback and Backstreet Boys.

Masuch has also commented on the atypical way they have achieved these results.

“The extraordinary thing about our first half result is that we grew revenue 25% with virtually no hits,” he said. “That’s because we have a business model which can have hits and will have hits with the right repertoire but is designed to be robust enough not to need hits in order to survive. The top end of the charts, the portion most companies focus on, is declining in relevance every year. Streaming’s Top 100 accounts for only around 5% of revenue. I’m not prepared to tell the artists and songwriters responsible for the other 95% that we’re not interested in them.”

As previously reported, BMG has recently been ramping up its acquisition activity – including Simple Minds and and Jean-Michel Jarre catalogues. As detailed in today’s report, BMG’s spending on catalogue acquisitions tripled over the same period last year as part of Bertelsmann’s Boost program.

Masuch, however, was keen to stress that these acquisitions have not distorted the overall picture of success being painted.

“Acquisitions are clearly important, but to put them in context the results of the past 18 months of deals in our ‘Boost’ program still only account for less than 3% of revenue,” he said. “Buying a market position in 2022 requires deep pockets and if you haven’t got the infrastructure to really make these deals work, it will clearly be an uphill struggle.”

To that end, Masuch also hinted that their acquisition activity will not be stopping anytime soon…

“We expect to end 2022 as we did in 2021 as one of music’s most acquisitive companies,” said Masuch. “We continue to have faith in music’s growth prospects, but more importantly, we believe our ability to monetise the catalogues we buy is among the best in the business. We are not passive investors. We are a music company.”

As featured in the current issue of Music Week, BMG has also been very active in the film sector, including Moonage Daydream, the first film about David Bowie to be endorsed by his estate