BMG's Alistair Norbury: 'Travis have delivered their strongest album since The Man Who' 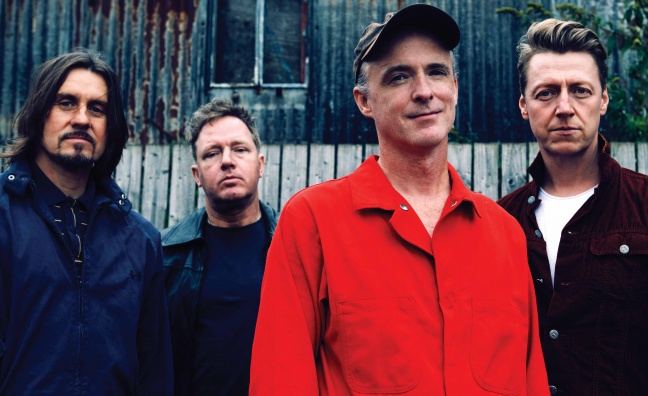 The Scottish band's ninth studio album 10 Songs, out October 9, will be their first to be released via BMG.

Norbury said he has been encouraged by the performance of the record's lead single A Ghost, which peaked at No.12 on the UK Airplay Chart earlier this summer to become Travis' biggest radio hit since 2003.

“We got off to a great start, which demonstrated there is huge support for the band when they deliver the right record at the right time,” Norbury told Music Week.

The track's animated music video was directed and drawn by frontman Fran Healy, with cinematography overseen by the singer’s 14-year-old son Clay.

“The key is going to be the continuing dropping of content – both audio and audio visual – in the coming months," added Norbury. "We're blessed with Fran, who is driving the creative and delivering some fantastic repertoire for us to work with.”

We are set up to work with iconic artists

Travis enjoyed huge commercial success around the turn of the century with their 7x platinum BRIT Award-winning second LP The Man Who (2,700,048 sales, OCC) and 2001 follow-up The Invisible Band (1,233,191 sales). The group's most recent long-player, 2016's Everything At Once (Caroline International/Red Telephone Box), peaked at No.5 and has sold 42,201 units.

“We are set up to work with iconic artists,” said Norbury. “We have a list of acts that we would love to work with and both Travis and [Wildlife Entertainment CEO] Ian McAndrew, as a manager, have been on that list for a long time. When the opportunity came up – and we felt the appetite and the aim of the band matched ours – we jumped in.

“They delivered the strongest album since The Man Who and we've had this huge fortune that Fran has driven all the creative in lockdown, so we will continue to tap into that creativity.

“We will want to have a very strong chart entry, but what's more important is that we have an album that hangs around and has a life beyond week one. We want to put this record in as high as it can be, but sell a significant amount of albums – and not just in the UK. It's very important this resonates internationally, so we have very high expectations.”

"With all our acts, we've now got a much longer period of marketing, promotion and sales before we lose them when they disappear and go off on tour," he said. "So, from a label perspective, we can now look at an incredibly long campaign before touring will recommence."

Earlier this year, the label's appointed Jamie Nelson (VP A&R) and Gemma Reilly-Hammond (VP UK marketing) to jointly steer the label’s frontline recordings business. Reilly-Hammond – who was inducted into Music Week’s Women In Music Roll Of Honour in 2017 – has enjoyed successes with Jack Savoretti, Rick Astley and Texas, while Nelson – who joined BMG in 2015 – has worked with artists including Kylie Minogue, Lily Allen, and Eliza Doolittle.

"BMG is quite unique in that we don't have sub labels, so you're seeing us work the DMA's and Travis at the same time as Kylie and McFly," he said. "Jamie's team are now working alongside these great artists who are all being marketed through Gemma and her team. And we are also thrilled to be doing a project with Ian McAndrew and his team."

Click here to read the full feature on Travis.