"It's a place to discover new sounds": Rough Trade on the vinyl revival and global store openings 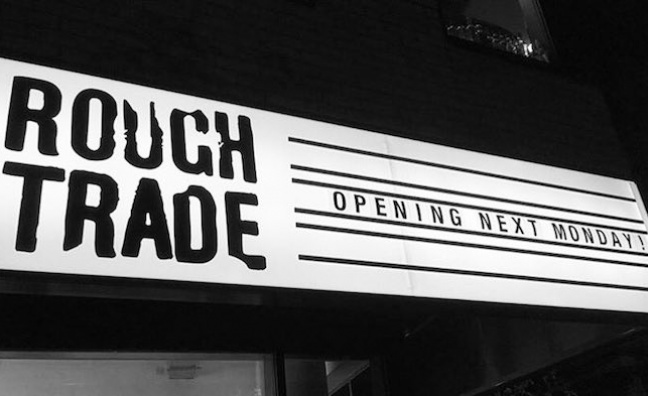 Just over four years ago, Rough Trade was a familiar independent music retailer in London with its West store in Ladbroke Grove and the more recent East addition near Brick Lane. But it’s now gone from two to five, with openings in Nottingham, New York City and Bristol, and Music Week can reveal a sixth store will open in Paris next year.

The 4,500 sq ft Bristol shop in Nelson Street, staffed by former Rise employees, is set to open for business today (December 11) more than 40 years after Rough Trade began selling records in the capital. It already has in-store gigs lined up from Idles (December 16), The Go! Team (January 22) and Django Django (January 24). Music Week caught up with Nigel House of Rough Trade to discuss the retailer’s expansion, the vinyl revival and international plans…

Rough Trade was previously in partnership with Bristol music retailer Rise Central, which closed in the summer. What’s the plan for the new store?

Rise had to move from Clifton because the rents went up, so we decided to rebrand as Rough Trade in the centre [of Bristol]. It’s more like Rough Trade East, so it’s all on one floor, it has a venue in there and a bar and cafe. It’s a bit bigger and lot easier to move around in. We’ll we’ll have some great things going on there.

How did you get involved with Rise?

Lawrence Montgomery, who started Rise, he joined Rough Trade a couple of years ago as one of the directors, so we merged. Once we had to move, it just made it easier to be Rough Trade. All the Rough Trade exclusives, we can now just put into the shop.

It’s Rough Trade’s first new opening in three years. What are your ambitions for the Bristol store?

Like with all our shops, we just want people to hang out there and meet there. It’s not just a place for selling music, it’s a place where you can go and talk about music, discover new things, have a coffee, do some emails on your computer but also listen to some great new sounds and find things. You want them to hang out and have a good time there.

Yes, it drives people to the shop and customers like it, the bands and record companies like it. It works all round really.

It’s not just a place for selling music, it’s a place where you can discover new things

We’re going to open in Paris hopefully later next year, that’s the plan. We’ve found a fantastic location in the Canal Saint-Martin area, which is sort of of trendy. In the meantime, we’ll be doing some pop-up shops and festivals.

We had a shop in Paris at the end of the ‘90s, it was really busy. We just think there’s definitely the demand there for it. The old one was a smaller shop like in West London, the new one will be like the East London shop with a cafe, venue and bar and selling books and films. It’s the whole cultural package, it’s not just a record shop. The East [London] shop has worked really well and so has the New York shop, so we’re just going to try and replicate that in Paris really. We’re doing it in partnership with a company called LNEI [Les Nouvelles Editions Indépendantes], they own some festivals and Vice France, Les Inrock, and Radio Nova. It’s a really good fit for us and for them. It’s quite exciting really.

In America, it just means The Smiths, really. In France, everybody knows the label, and particularly in Paris they know about Rough Trade [retail] because of the old shop.

Why did the Paris shop close in the early noughties?

It was one of those things, the people who worked there said, ‘There are no good records out, we can’t sell bad records’. But you can’t just sell cool records to cool people all of the time.

Is vinyl key to your expansion?

Yes, that has certainly helped. Particularly in America, it’s something like 75% vinyl by value. In terms of units, it’s about half and half. It’s really important. We’ve got a nice range of turntables and speakers. We’re expecting to sell lots of those over Christmas.

Rough Trade’s albums of the year list is important for indie labels in particular. What do you make of this year’s line-up?

We think we’ve got a great list of albums — I think it’s been a really good year for music, so we’re expecting a busy Christmas. My favourites have been Holly Macve [Bella Union] and Colter Wall [Young Mary’s], he’s a country singer, and Margo Price [Third Man], so three country albums. I like other things as well, but those are my three favourite albums this year, definitely.