"It's a stunning album": Columbia EVP/GM Jenifer Mallory on the rebirth of The Chicks 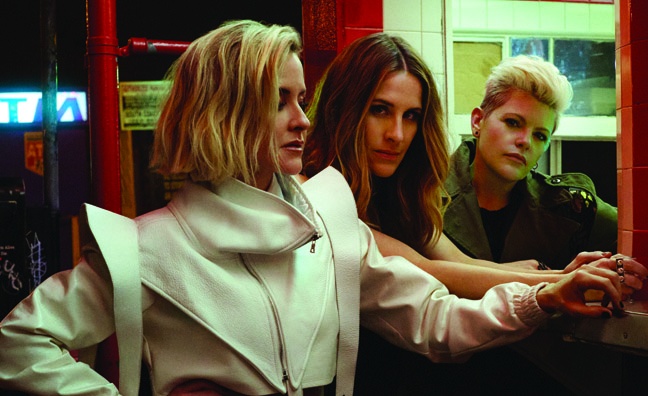 In the new edition of Music Week, we take an in-depth look at the incredible return of The Chicks as the group prepare to release Gaslighter – their first new album in 14 years.

In our cover feature, Natalie Maines, Martie Maguire and Emily Strayer – previously known as Dixie Chicks – open up about their relationship with country music, industry double standards, the infamous George W Bush controversy, the reasons behind their long absence, and their emotionally "raw" new record.

"Everybody pulled from their own lives,” said Maines of Gaslighter. “Writing this album was definitely therapy for me. Like with therapy, it feels really good now because it’s behind me. I don’t get emotional when I listen to the songs now, but it was an emotional process making the record.”

Adding insight to their comeback is Jenifer Mallory, EVP/GM of Columbia Records, who reveals the label's gameplan not only for retroducing the group to the music world after such a long hiatus, but also to help them reach a new generation of fans.

Here, in a previously unread extract of our interview, Jenifer Mallory, takes us further inside the Gaslighter campaign...

What was your personal reaction to Gaslighter as an album? Just how big a comeback is this in your eyes?
“Gaslighter is a stunning album: start to finish, no skips. To think they could step away from the studio for 14 years and come back with a body of work this breathtaking is a testament to their prowess as songwriters, storytellers, and musicians.”

Are you pleased with the reaction to the singles so far?
“Yes! Gaslighter came out with a bang, shooting to No.1 on iTunes and No.2 on YouTube Trending instantly with incredible playlist positioning at partner support from all DSPs. March March helped usher in the new era of The Chicks, bringing their activism back to the forefront of conversation, which we're proud to support.”

Aside from the release date moving, what tangible impact did coronavirus delay have on the campaign?
“The original plan involved a massive tour, ticket bundle, and press campaign that were all wiped out in a matter of days. We needed the time to step back and regroup to give this album the rollout it deserves.”

In terms of launching an album campaign, how did you compensate for not being able to have live shows and normal press tours?
“The Chicks have a very strong core fanbase so we are focused on engaging them digitally as much as possible. This is a huge release for The Chicks and they’ve continued to garner great press pickup with every release leading into the album. At one point, fellow Columbia Records artists [in the US] Haim were on a very similar release schedule to The Chicks. Both campaigns pivoted multiple times to their current plans, so it was funny seeing them actually collide in a recent feature in Interview magazine where The Chicks interviewed Haim.”

It has obviously been a long time since The Chicks released an album – what is your gameplan to reintroduce them to pre-existing fans and new listeners?
“The entire social media universe as we know it developed after the release of Taking The Long Way in 2006, so their digital audience doesn’t come close to representing how many people still love this band. Our mission is to find those 30 million people who’ve previously bought a Chicks album and remind them. Luckily during their hiatus, The Chicks collaborated with the biggest names in pop music like Beyoncé and Taylor Swift - which helps make new connections.”

Streaming as we know it today didn’t even exist when they released Taking The Long Way – what is the plan for growing them on DSPs?
“We met with partners early in the year because we knew this was an impeccable album that they would want to help launch in a big way. There are huge fans at all the DSPs who want to help bring The Chicks and their fans into the 2020 music ecosystem. Since January, we’ve been crafting DSP plans that aggressively position the album in a competitive landscape. We’ve focused on driving pre-saves and pre-adds to connect fans with the band and as a result, the album has placed high on Apple Music’s pre-add chart for months.”

Natalie said she sees this more as a pop album than a country record. To that end, what do you think the record can do for them in 2020? Can it shift perceptions?
“Yes! There are songs on this album that absolutely transcend genre. Sleep At Night in particular is an instant classic and could fit in many places outside of country. So what if it has a banjo?”

What was your reaction to their decision to change their name to The Chicks?
“We support them fully in meeting the moment of what’s going on in the world. With their long history of speaking out for what’s right, it was important to acknowledge that words hurt people. Physical product was unfortunately already en route to retail when they made the final call, but we will correct in future manufacturing and on all digital products.”

Finally, this is the last album under their old Sony deal – how important are the group to the label? What are your hopes for your future together?

“The Chicks are amazing musicians, songwriters, and storytellers. Their legacy is an essential contribution to Columbia Records, and we want to hear what they have to say next!”