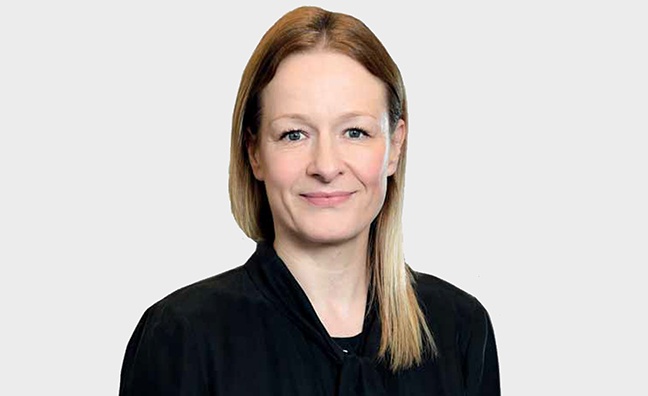 The UK major labels have revealed their gender pay gap figures for 2018, which companies and organisations are legally required to publish. Other music industry organisations with more than 250 staff also have to make their pay gap public.

Last year’s results for 2017 made uncomfortable reading across the board, so the majors really had to make improvements for the second year of the pay gap figures. The disparity that emerged from all the majors prompted an outcry last year. The latest results are below.

The major has made some improvements based on the 2018 figures, though the pay gap remains heavily skewed in favour of men. The mean pay gap of 38.7% is down over 10 percentage points. But the median pay gap has actually widened to 23.1%.

A higher proportion of top paid jobs at Warner are now occupied by women – the top quarter of roles in terms of pay are split 30.2% and 69.8% in favour of men. The median bonus pay gap shrunk slightly to 39.1%, while the mean bonus pay gap was 67.5% compared to 82% in the prior year.

“As the figures in this report show, we’re still a long way from achieving that aim, but we’re travelling in the right direction and making progress. Building a modern music company that’s as equal and diverse as possible is not just the right thing to do; it’ll also make us a more impactful player in the world of culture that we seek to influence.”

While Warner Music has women in senior roles at the labels – including GMs Katie White (Atlantic) and Jennifer Ivory (Warner Bros) – the major has no female label presidents. Since last year’s report, the company has made seven female hires above VP level.

Warner Music welcomed the improvement in its preferred mean pay figure and said that is continuing in the right direction.

“Our indicative figures for January 2019 suggest the trend has continued to improve with a further 4% reduction, but we must do more and we’re committed to making the changes needed to achieve lasting change,” said the report.

The major has improved its results for 2018 with a median pay gap of 1.3% (compared to a national average of 8.6%) and a mean pay gap of 20.9%. The small improvement in the mean pay gap result is attributed to an increase in female representation in senior roles – up from 36.7% to 39.8%.

“We’re proud to have some of the best executives in the industry and we are constantly working to attract and retain senior female leaders,” said Liz Jeffery, VP, HR. “This is a key part of our strategy to continue to succeed.”

We are constantly working to attract and retain senior female leaders

The major’s 2019 objectives include exploring the impact of unconscious bias, a refreshed framework to ensure talent is identified in a fair and consistent way and a project that examines the job applicant’s experience in terms of diversity.

“We are committed to continuing to reduce our gender pay and bonus gaps. We have made some great strides in the past year which we hope will drive meaningful change in the years to come," said Sony's report. "However, we recognise this is an ongoing process and individual circumstances may affect the trend from year to year."

Of Sony Music’s 351-strong staff, 45.9% are female. It remains unclear which Sony label partners and JVs are incorporated or left out of the headline figures.

In the previous year’s results for 2017, Universal Music UK stressed that it had included all employees across its operations – a total of more than 1,300 staff – in its gender pay submission to government.

Again, there was almost no difference in the proportion of staff receiving bonus pay at Universal - 80% for women, 81% for men. The gender ratio at the major is 42% women, 58% men.

“At Universal Music we value and celebrate the diversity, in all its forms, of the teams across our business,” said Morna Cook (pictured), senior director, HR, Universal Music UK. “It’s not an overstatement to say the success of our company depends on our teams reflecting the incredible diversity of our artist roster and society. We recognise however that there is still more to do.”

Cook noted that, on average, women earned more than men of similar seniority in three out of the four quartiles – including the upper quartile of most senior staff.

“In short, the overall pay gap largely results from the fact that we have fewer women than men in senior positions, something we are determined to address,” said Cook. “We already have a significant number of female senior executives – including the presidents of two of our five frontline record labels [Jo Charrington, Capitol and Rebecca Allen, Decca] – and we will continue to add to these numbers through bespoke coaching and mentoring to support the development of all our future leaders. Our family-friendly policies are also regularly reviewed.”

We value and celebrate the diversity, in all its forms, of the teams across our business

She added: “While a higher proportion of our staff overall received bonuses in 2018, our headline figures are influenced by bonuses paid to senior A&R staff, an area of the music business which continues to include more men than women. To help address that, we are proactively recruiting more female A&Rs with a view to making our A&R teams better reflect the overall 50:50 gender splits in our frontline labels.

“We regularly send members of our teams out to speak to young people about career opportunities in the music business and to spread the word about our industry-leading paid intern scheme which is now in its 10th year. We are ramping up this activity with a particular focus on targeting the next generation of female A&Rs. This outreach strategy forms part of our broader work to support and encourage diversity in all of its forms at our company. Eradicating our gender pay gap will take time but remains at the top of our agenda alongside our wider diversity and inclusion work.”