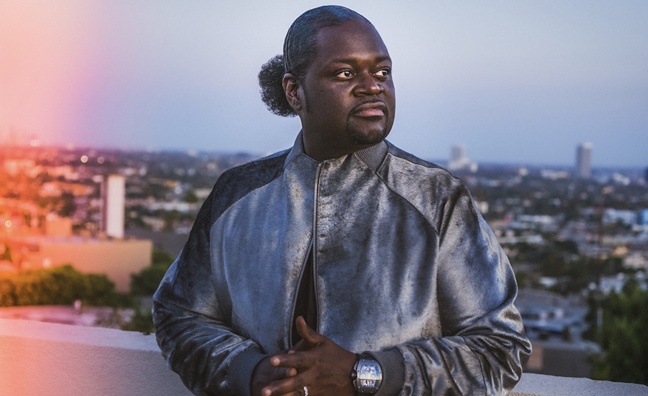 Singer, songwriter and producer Poo Bear has signed a joint venture with Def Jam Recordings for his label Bearthday Music.

Real name Jason Boyd, Poo Bear is a close collaborator of Justin Bieber and was heavily involved in his 2015 album Purpose, which has sold 1,382,140 copies in the UK, according to the Official Chart Company. He has also worked with Usher and Dan + Shay and had a hand in the remix of Luis Fonsi and Daddy Yankee’s Despacito that featured Bieber.

Jeff Harleston, interim CEO, Def Jam Recordings, said: “Poo Bear is one of the singular songwriting talents in music today. His innate ability to understand artists, to help them find their voices, and to articulate the universality of a song is simply phenomenal. We’re excited to develop artists with Poo Bear according to his unique vision.”

Poo Bear said: “I’m extremely grateful for Bearthday Music to have partnered with Def Jam and Universal. This is truly a dream manifesting to have the support of Def Jam, and their belief not only in me but in the artists I believe in. I’m looking forward to what’s to come from this new promising venture. Thank you to Sir Lucian Grange, Jeff Harleston and Naim McNair for this opportunity. HBD!!!!”

Poo Bear has racked up nearly 300 major songwriting and production credits during the course of a career that has also seen him collaborate with Skrillex, Diplo), J Balvin, DJ Khaled, Jennifer Lopez, Mariah Carey, Billie Eilish, Ed Sheeran and more.