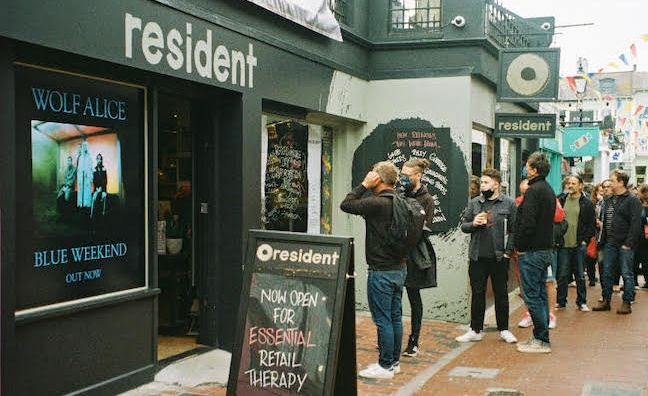 Record Store Day is set to return to independent record shops this weekend (July 17) as hundreds of releases from the second - and final - 2021 vinyl drop will be put on sale.

Participating shops will be expecting queues from the early hours as fans and record collectors seek out rare and exclusive vinyl titles being released especially for the day.

RSD coordinator Megan Page recently opened up about this year’s vinyl celebration as part of Music Week’s preview. Vinyl has been enjoying a sales boom in 2021, while the first drop on June 12 resulted in physical sales increasing 12.93% week-on-week to 384,982 (a 20.66% market share and new post-Christmas high).

Whilst the usual in-store performances, street parties and DJ sets will be scaled back due to Covid-19, an array of releases have been lined up from superstar artists such as The Rolling Stones, Bastille, St Vincent, Miles Davis, Bob Dylan, Beastie Boys and dozens more. Almost 250 independent shops will be taking part - a figure at the top end of participation rates since the launch in 2008 - with the hope of welcoming back many of their missed customers over the last 18 months.

Ash, who are getting involved with their first special RSD release, said: "Ash have been big fans of RSD for years. The event captures the excitement and buzz we all felt as kids trawling independent record stores for our favourite releases that were our teenage lifeblood. It’s also a huge deal for us to make our RSD debut with a BBC sessions record.”

Although record stores have been hit hard by the pandemic with the enforced closure throughout much of the last 18 months, many owners moved their sales operations online.

Record Store Day has also partnered with Smarty Mobile, who have created a pop-up Disc-overy store that the public can attend to collect a free vinyl record. The sealed sleeve will mean that it remains a mystery in order to encourage music discovery. The pop-up is open from 11am to 7pm this Friday (July 16) at: 19 Air Street, London, W1B 5AG