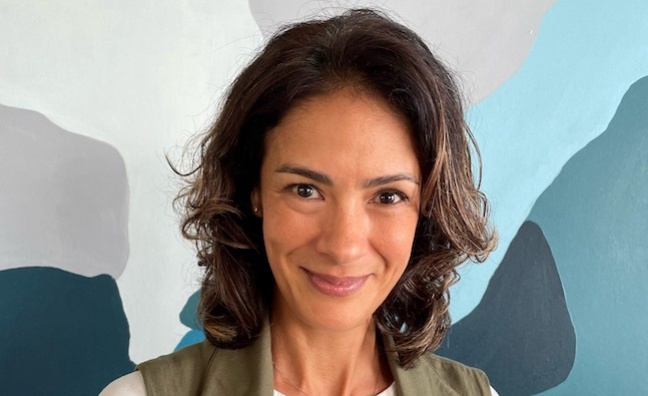 Leila Oliveira has been promoted to president of Warner Music Brazil, effective from October 28.

She will succeed Sérgio Affonso, who has been president of Warner Music Brazil for more than 15 years. Affonso is leaving at the end of October to launch his own independent label, which will be distributed by Warner Music.

Leila Oliveira will continue to be based at Warner Music Brazil’s headquarters in Rio de Janeiro and will report to Alejandro Duque, president, Warner Music Latin America.

Oliveira started out in the entertainment industry in 2007, working as a production manager at Bandit Films & Digital, a company that specialised in creating adverts and branded online and TV content. She later worked for Telefónica, overseeing its video on demand content, working in partnership with major studios, programmers and local producers. She then moved to Terra Networks, leading its global content acquisition strategy for areas from news to music, before joining Warner Music.

Leila Oliveira said: “It’s an incredible honour to be asked to succeed Sergio as president of Warner Music Brazil. I’ve worked for him for almost a decade and learnt so much about how to support artists and stay nimble in our ever changing industry. I’ve got huge ambitions to further grow our company and make Brazil a source of global talent for Warner Music.”

Sérgio Affonso said: “I’ve had an amazing time running Warner Music Brazil, getting to spend time supporting the most remarkable artists and helping turn their dreams into careers. I know that they’re all in safe hands with Leila, who I’ve worked with closely for nearly a decade and proudly indicated as my successor. I’m sure she’ll build on my legacy to make Warner Music Brazil even bigger and better.  I’ve got a number of exciting projects in the pipeline and will be speaking about them in due course.”

Alejandro Duque said: “This is a pivotal moment in the development of Warner Music Brazil. Sergio has done so much to build a strong company that has delivered amazing success for artists from a huge range of backgrounds. Now Leila will write the next chapter in the company’s history, building on Sergio’s success and making Warner Music Brazil a force to be reckoned with on the global music scene.”

Simon Robson, president, international, Warner Recorded Music, added: “Leila is a pioneer in the Brazilian music business, helping lead our digital transition in such a vast and important market. Now she’s making history again, becoming the first woman to head a major label in Brazil. I want to pay tribute to Sergio, who has led our business in Brazil for so long and helped so many artists over the years. We wish him all the best for the future.”

Sérgio Affonso has worked at Warner Music for  38 years.  During that time he signed artists including Kelly Key, O Rappa, Raimundos, Maria Rita, Céu and Detonautas.

Between 2002 and 2007, Affonso was President of Warner Music Mexico and signed artists such as Jesse y Joy, Motel, Miguel Islas, Panda and Ximena Sariñana. He has also worked with some of the biggest Latin stars in the world, including Alejandro Sanz, Jorge Drexler, La Ley, Laura Pausini, Luis Miguel, Maná, Miguel Bose, Pesado, Celso Piña, El Tri and Francisco Cespedes. Affonso actively participated in the tours of some of Warner Music’s biggest global artists, including David Bowie, Madonna and Tina Turner.

In 2008, back in Brazil, he signed new talents as Anitta, Ferrugem, IZA, Kevinho, Ludmilla, MC Fioti, MC Lan, Pedro Sampaio and Pocah, among others. More recently, in a partnership with the GR6 label, he signed Don Juan, Hariel and Ryan SP.

Affonso has been heavily involved in Brazil’s festival scene, including participating in the Rock In Rio event for many years.