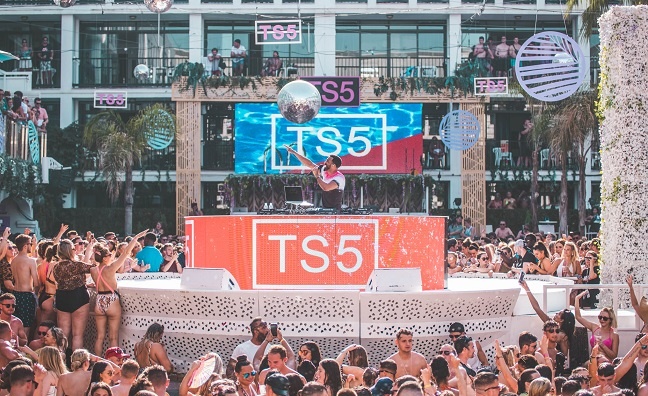 Craig David's agent has revealed ambitions for the star's TS5 brand to spawn its own festival.

David has built a global following for the TS5 events at which he sings, MCs and DJs, alongside his regular live shows.

The concept, which stemmed from parties David held in his Miami penthouse, Tower Suite 5, has focused on festivals such as Wireless and this summer’s SW4 takeover event, as well as the 3,000-capaciy Ibiza Rocks residency, which has been staged for the last four years.

“We foresee more festival takeovers after the huge success of SW4," said David's agent, UTA's Gary Howard, speaking to Music Week. "New residencies are in the pipeline and, ultimately, the endgame from a live perspective is a TS5 festival."

The brand was launched in the UK in 2012 by the singer’s manager Colin Lester, chairman and founder of JEM Music Group, via a weekly show on Kiss FM and then Capital.

“TS5 has a real party vibe – we’ve always wanted to maintain that feeling of a house party or being at a club with your friends,” said Howard. “It’s just now on a much bigger scale.

“Since the [TS5 and arena] shows are distinctly different, we are able to hit different markets and therefore the two can coexist successfully.”

"The tour is selling really well and we have added a second date at The O2 as a result of the first night selling out so quickly," said Howard. "He will be taking his TS5 show to Australia, China, Japan, South-East Asia and India next year, as well as Europe and the US after the summer, where we are in discussions with some key festivals that he hasn’t played before, and another TS5 season at Ibiza Rocks."