'It's the biggest stage in the world': Atlantic gears up for Stormzy's Glastonbury headline set 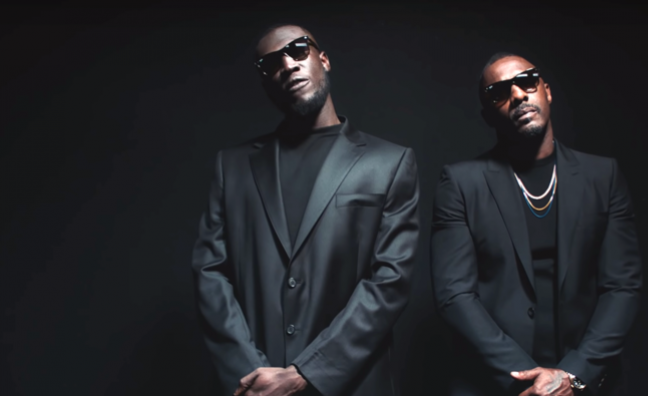 It’s the big one for Stormzy – the Friday night headline slot at Glastonbury.

The performance is also a big deal for Atlantic UK, who signed the grime star for his sophomore campaign. So far, it’s all going to plan with the No.1 single Vossi Bop now passing 500,000 OCC sales and new track Crown heading for a strong chart debut today (June 28).

With the BBC TV coverage, Stormzy’s BRIT-winning debut Gang Signs & Prayer (384,282 sales) is primed for a chart boost. And it sets up the much-anticipated second album for a strong start later this year.

Glastonbury’s Emily Eavis has already promised that it’s “going to go off” on the Pyramid Stage. Here, Jacqueline Eyewe, senior marketing manager, Atlantic UK, opens up about the label’s expectations for Stormzy at Worthy Farm…

How can Stormzy benefit from the Glastonbury appearance and TV slot - what do you expect the impact to be?

“The Glastonbury Pyramid headline slot is the biggest stage in the world. With the magnetic nature of Stormzy’s performances and the incredible quality of his music, his performance will travel far and wide and, in turn, put a global spotlight on Stormzy’s music, from Gang Signs & Prayer to the latest singles, Vossi Bop and Crown. The beauty of Stormzy headlining Glastonbury is that the diversity of his catalogue and star quality allows him to draw in fans of all ages and take them on an incredible journey with him.”

How will you capitalise on the Glastonbury performance - can it have a global reach?

“The headline slot at Glastonbury is a global signifier of the importance of an artist. Stormzy creates unforgettable experiences each time he performs. We’re all excited for his message to be amplified across social media and BBC platforms with this historic moment. There is no doubt it’s going to strengthen the impact of what’s to come this year. We’ve also worked really closely with our partners to capitalise on the exposure Glastonbury brings and direct fans, existing and new, back to the music.”

How important is Glastonbury as a platform for artists – and is it a significant career moment for Stormzy?

“Glastonbury is a massive honour for acts both in the early stages of their career and beyond. This will be an undeniable moment for Stormzy, a celebration of his journey thus far and a nod to the incredible journey to come. Stormzy always raises the bar with his performances and being the first British rapper to ever headline Glastonbury is history in the making and a massive celebration for Black British music.”

Pick up the latest issue of Music Week for a comprehensive Glastonbury preview.