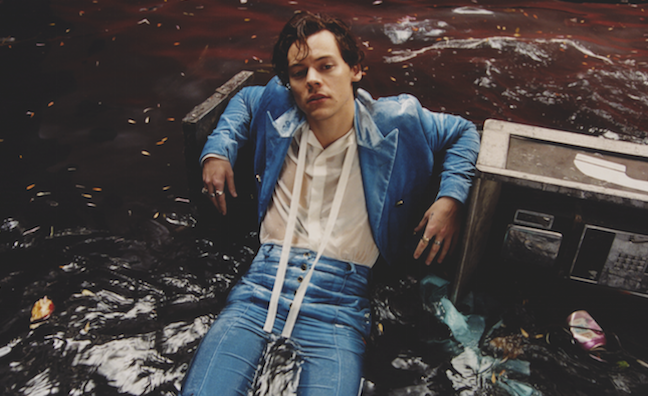 Harry Styles will kick off his 2020 world tour in Birmingham on April 15.

The One Direction member has announced a host of international solo dates for what he is billing as Love On Tour.

Shows will take place in the UK and across Europe this spring, before moving to Central and North America for the summer, including two nights at New York's Madison Square Garden (July 7 and 8).

South American shows will be announced soon while dates in Asia and Australia will be confirmed next year.

Tickets for the UK dates of the tour, which support forthcoming solo album Fine Line, go on general sale on November 22.

Supports for the tour include Jenny Lewis on the North American leg, reggae singer Koffee for Styles' dates in Mexico dates, while King Princess will open for the singer in Europe.

Fine Line itself is released on December 13, and Styles has confirmed he will feature on the BBC's Later... With Jools Holland which airs on November 21 and 22.

Read Music Week's interview with Styles publisher, UMPG boss Mike McCormack, about the "competitive deal" required to snare the artist, plus our analysis of the chart performance of the singer's recent single Lights Up.

Also, we also spoke with the BBC about the revamped return of Later... With Jools Holland, read our feature now.