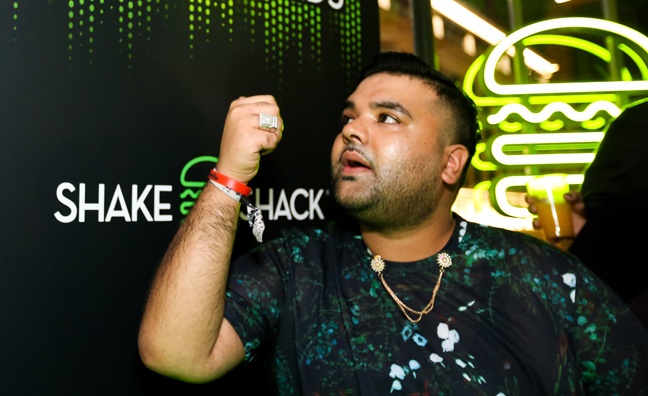 As well as officially launching the new project, Naughty Boy also revealed another collaboration with Shake Shack – a limited edition burger called The Naughty One. Working with the culinary director of Shake Shack, Mark Rosati, the burger is a twist on the original Chick ‘n’ Shack burger and a nod to his Pakistani roots with spicy slaw, red onion and yoghurt mayo with chilli, coriander & lime.

Speaking at the event, Naughty Boy said: “This is all a dream come true. When I was starting out, I was fortunate enough to have help and support from The Princes Trust. Teaming up with Shake Shack is my opportunity to give back to the next artist.

"I’m really excited about the mentoring side and spending time with new talent in the studio. I was drawn to Shake Shack as soon as I met them, we have shared values surrounding community, nurturing talent and our passion to create.”

Guests were treated to a DJ set performance from Naughty Boy himself as well as his new single with Joe Jonas, titled One Chance To Dance, which was released last Friday.