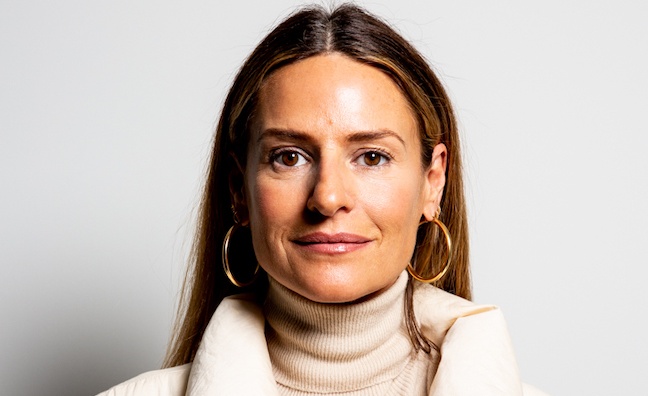 Adele and her team are still busy working on rearranging her Las Vegas residency.

The 12-week run of Weekends With Adele at Caesars Palace's The Colosseum had been set for January, but it was postponed because of Covid cases in her team and delivery delays.

The first gap in the Vegas venue’s schedule to potentially rearrange the 24 shows is currently between the conclusion of Sting’s Vegas run on June 18 and Rod Stewart’s residency on September 23. Of course, there’s a weekend of huge shows for Adele in London’s Hyde Park at the beginning of July to factor in as well.

Despite the disappointment over the Vegas shows, Adele has since gone on to triumph at the BRITs. Her performance of I Drink Wine has helped the track rebound from No.75 to No.23 (137.5% week-on-week increase).

Adele’s official current single, Oh My God, is at No.15, while her chart-topping comeback smash Easy On Me is at No.23 with a massive 1,117,067 sales to date, according to the Official Charts Company.

In the latest issue of Music Week, we speak to Adele’s longtime agent Lucy Dickins, WME’s co-head of worldwide music, about her incredible career.

With the Vegas dates on hold for now, Adele’s only confirmed dates that are currently scheduled will take place at BST Hyde Park in London on July 1 and 2 - her comeback in the capital for a full concert performance.

Here, Lucy Dickins looks ahead to the huge hometown shows and reflects on the return of a global music icon…

Was it exciting to be launching huge Adele UK dates again?

How many nights do you think she could have sold out at Hyde Park?

“Probably seven or eight. We knew they were going to sell out in seconds, it was ridiculous. For the general onsale at 10am, I was sat there in the waiting line. Because I like to make sure everything's working properly, I was up from 5am in the morning to make sure there were no problems. I was following everything just to make sure. At one point at 10.04am, I looked and there were 125,000 people in the queue, it was ridiculous. But what can you do? You can't satisfy that demand, you just can't.”

What’s the capacity for the Hyde Park shows?

“It's 65,000. And we were very adamant that we wanted to get these tickets to her fans. There was none of this [industry allocation] - ‘Oh, I want to get tickets, I want to buy tickets’. You're joking, these tickets are going to her fans, this is about fans. It’s very important for her to make sure that she looks after her fans, first and foremost.”

30 is, lyrically and musically, the best record that Adele has ever done

Does it feel like unfinished business in London after the disappointment of cancelling the final two shows of her 2017 tour at Wembley stadium?

“I was the promoter, imagine how I felt! She cried down the phone to me, she was devastated. You've got 98,000 people a night not being able to go. I had that awful guilt of all these people having flown from all over the world to come and see it. And you have this young girl crying her eyes out, and then Wembley would not find me another day. They could not give me another date. I tried everywhere. No one had a date. It was physically impossible to reschedule. She had just done 120 shows, she only had two that she had to reschedule and they were the two biggest home London shows. She was devastated, it's her hometown. It meant the world to her to play that, so it wasn't the best time.”

As you say, there's a huge demand. Is there scope for any more shows to be booked (other than Vegas) after BST?

“At the moment, she's so far into an album campaign. Let's just wait and see how everything goes. She has not stopped. I think people forget she's so involved with making a record, she gives it her everything. She's probably the most unbelievably controlled artist I've ever worked with in my entire life, every single part of her campaign is so precise. I mean look at the roll-out, it was completely flawless. She's doing so much stuff at the moment, the last thing I want to be is one of those agents who's sitting there constantly going, ‘I've got this tour’. If she wants to do more, we'll find more.”

How do you think the songs from the new album will work live for Adele?

“I was at the [ITV] Audience With [filmed at the London Palladium], so she's played some of them. I've never known an artist [like her], that voice is phenomenal. She opens her mouth, and this insane voice comes out and then she just goes into a normal chat again. It's effortless. I took a couple of people from here to the Audience With [Adele]. I took Craig D'Souza as my work husband that night, he had never seen anything like it because he’d never seen her live.”

Adele’s evolved sonically on 30, what’s your verdict on the record?

“It’s timeless. This is like a classic Motown-type record, but it actually has got some very modern elements in it. It’s a really clever record. For me, lyrically, musically, it is the best record she's ever done. I never thought I'd say that, because when you're that big, you've had those massive records, to then come and try and make another record that big… To me, it's hands down the best record she's written.”