Neck Deep's manager on the pop punks' move to IE:Music 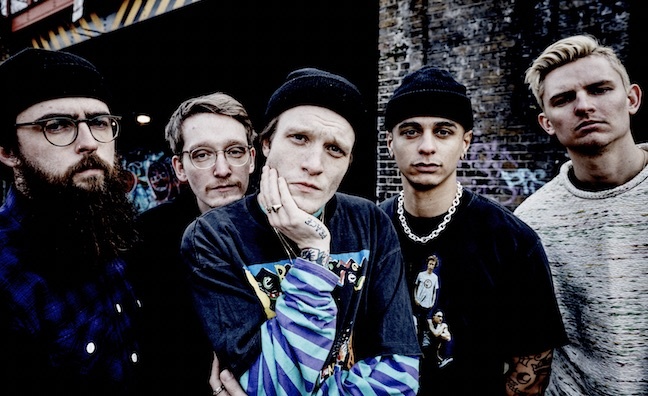 Neck Deep’s manager Leander Gloversmith has spoken to Music Week about the band’s move to IE:Music.

Gloversmith took Neck Deep to the management firm when he joined last year as part of a move to diversify its roster. The company is best known for its long-term management client Robbie Williams.

“I’ve been with [Neck Deep] for eight years, since their second ever show,” he said. “This is our first campaign as part of IE:Music, and the team here is fantastic.”

The Welsh pop-punk band’s fourth album, All Distortions Are Intentional, was released on LA-based independent Hopeless Records on July 24. It’s now going up against the surprise release by Taylor Swift.

“We have a lot of experienced product managers and marketing people on staff,” said Gloversmith. “So that’s really been a huge asset. We’ve been able to plug this IE set-up into Hopeless Records and have a major label standard of service.”

“The last record made the wider business pay a bit more attention to us,” said Gloversmith.

Gloversmith admitted that the impact of Covid-19 threatened to derail the campaign. As well as being unable to tour, Neck Deep had to scrap a thematically linked series of videos for several singles.

“We had to really knuckle down with the band and rewrite the strategy for the whole record, because the lockdown started three weeks after we launched the campaign,” he said. “But we didn’t move our release date, we stuck to that.”

The band launched a Twitch channel for livestreams to appeal to dedicated fans. In three months it built up almost 6,000 followers, alongside a more established presence on YouTube (127,000 subscribers) and Instagram (379,000).

“It’s really been an amazing team effort,” said Gloversmith. “The band, our team, the label and the fans have all connected on this one. We’ll all come away from this having learned something about the importance of fan engagement.”