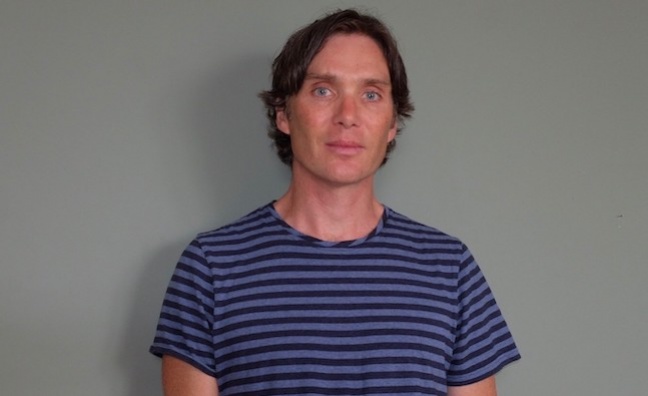 The digital station has also revealed that Afrodeutsche will present a new show on Friday nights.

6 Music welcomes Cillian Murphy back in October to present a new six-part series of Cillian Murphy’s Limited Edition. The series begins on Sunday, October 31 (12am-2am) and will see Cillian discuss some more of his favourite music.

According to the announcement, “The show will be a nocturnal playlist, made for after midnight. It is a chance to hear music from all corners of Cillian’s extensive record collection and find out why these songs hold a special place in his life. Expect to hear tracks from artists old and new, including Nina Simone, Yard Act, Berwyn, Brian Eno, Little Simz, Beak, The Beatles and many more.”

Samantha Moy, head of BBC Radio 6 Music, said: “This autumn sees the very welcome return of Cillian Murphy and a second season of his Limited Edition show, as well as a brand new programme for Friday nights with Afrodeutsche , the next Artist in Residence series from Angel Olsen and Idles and we go back to Peel Acres with a very special podcast series with Tom Ravenscroft exploring his dad’s peerless record collection.”

Cillian Murphy has presented numerous programmes on the network since 2013. The first series of Cillian Murphy’s Limited Edition aired in autumn 2020 and featured an eclectic mix of music, spoken word and poetry. Some of the artists Cillian played throughout the series included Aphex Twin, David Bowie, Ennio Morricone, Grace Jones, Joni Mitchell, Laura Marling and Prince, as well as readings and poetry from writers and musicians including Patti Smith and Kae Tempest.

Afrodeutsche  is a British-born Ghanaian/Russian/German artist, composer, producer and DJ, based in Manchester. She presented an episode of Music Life on BBC World Service in August last year, deputised for Mary Anne Hobbs on 6 Music’s New Music Fix earlier in September and performed on the 6 Music Stage at All Points East festival in August.

Afrodeutsche said: “First of all I'd like to thank BBC Radio 6 Music for welcoming me to the station, with arms wide open! Honestly, a dream and an honour to be part of such an awesome team. From its launch way back when, BBC Radio 6 Music has been a mainstay for me, always playing in the background, delivering everything I needed musically, like a very interesting old friend who loves a good chat. I literally cannot wait to welcome you all to the new show.”

The People’s Party with Afrodeutsche will be produced and presented from Salford, Greater Manchester, contributing towards the BBC’s Across the UK plans, which will see 6 Music rooted in the north over time. This new show will be produced by production company Reform Radio, who also manage a local online radio station and not-for-profit arts organisation, working with creatives in the North West.

As announced earlier this year, Iggy Pop, who currently presents on Friday nights (7pm-9pm) will broadcast his show, Iggy Confidential, on Sundays (4pm-6pm) from October 10. Amy Lamé begins hosting 6 Music’s Weekend Early Breakfast show (6am-8am) on October 9-10, with Radcliffe and Maconie also beginning their new timeslot of 8am-10am on those dates. Craig Charles will kick off his new weekday show (1pm-4pm) on October 18.

Tom Ravenscroft said: “Dad’s record collection has been sat doing very little for an awfully long time - a collection which is very possibly the best record collection in the world. It’s also really big and kind of impenetrable. During lockdown I finally got time to start picking through it and it soon became apparent I needed help, lots of help. The Peel Acres podcast is me bringing in the best help I can find to try and bring the collection alive again, to get records playing and unearth some of the countless wonders it contains.”

This podcast will be available weekly on 6 Music and BBC Sounds.

Angel Olsen and Joe Talbot of Idles will present the next two series of 6 Music’s Artist in Residence. Angel Olsen’s series begins today (September 29, 12am-1am) and Talbot will take the reins on November 10 (12am-1am).

Angel Olsen said: “Thank you to 6 Music for having me as a guest and supporting my music for nearly a decade. I’m so delighted to be sharing some of my favorite songs and playlists through 6 Music’s Artist In Residence series! Some songs I’ve been nostalgic for over the years, and some are discoveries I’ve only had recently. I hope listeners will enjoy the different waves of it all, and maybe have a laugh here and there too.”

Click here for our in-depth report on the evolution of 6 Music.