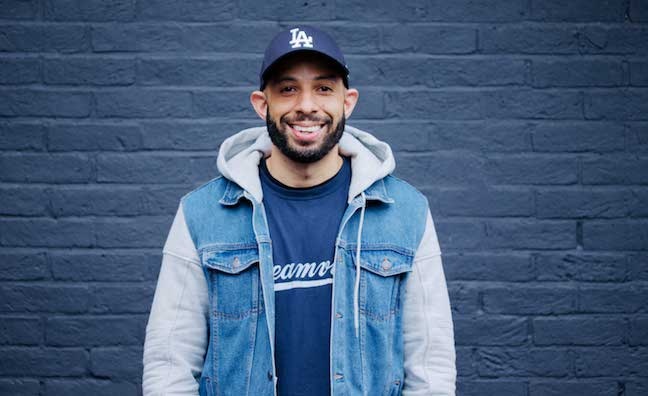 BBC Radio editor Rob Littlejohn is leaving the corporation after 15 years to head up production on Fire In The Booth and the Charlie Sloth Rap Show on Apple's Beats 1 station.

An award-winning content editor for BBC Radio 1Xtra, Asian Network and Radio 1, Littlejohn joined the BBC in 2002 and was part of the launch team for 1Xtra, becoming editor in 2011.

Littlejohn (pictured) has championed some of the station’s most ambitious live events including the 1Xtra Live 4-City Tours, which was attributed in pushing 1Xtra’s audience past the one million mark, and helped lead the station’s coverage of Hackney 2012 (Sony Silver Award), 1Xtra’s Summer Sound-Clash events and 1Xtra’s U18 club night tours. He has also played a significant role in the development of broadcasting talent across 1Xtra and Radio 1, including Sloth.

“Hip-hop radio is in my DNA and it’s a privilege to join Charlie Sloth and his team," said Littlejohn. "After an amazing journey with the BBC, I am proud to be joining what I consider to be the world’s leading platform for the MC and hip-hop culture.”

Launched 10 years ago, Fire In The Booth is the world's biggest freestyle platform and Littlejohn's appointment forms part of Sloth's global expansion plans for the platform, which champions emerging talent from the scene alongside established artists such Drake, Giggs, Lil Baby, Stormzy, Pop Smoke, Wretch 32 and Megan Thee Stallion.

Its first international edition in June featured German rapper Luciano and was released exclusively in Germany, Austria and Switzerland.

“I worked with Rob for almost 10 years at the BBC so I know how passionate and thorough he is when it comes to the culture we love," added Sloth. "Rob was someone who had always really championed me so us coming back together on this journey is incredible for me.”