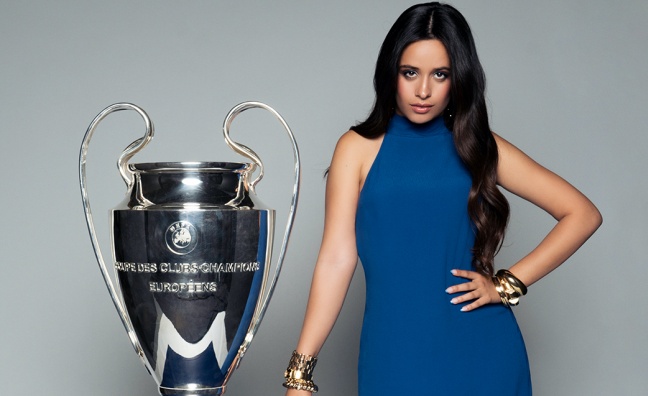 The music performance Opening Ceremony, which reaches millions of TV viewers globally, is now in its sixth year and has previously featured Dua Lipa, Imagine Dragons and Marshmello.

The final is between Liverpool and Real Madrid at the Stade de France in Paris on Saturday, May 28. Camila Cabello will perform a medley of hits alongside new releases from the current Familia album.

Cabello’s performance is described as a “carnival-themed celebration, brought to life through a stunning display of costumes, dancers and musicians, choreographed to deliver a high-energy spectacular”.

Camila Cabello said: “I’m so excited to be taking to the stage at the UEFA Champions League final in Paris this month! I intend on putting on a really special show, bringing together the spirit of my Latin heritage and a feeling of togetherness for sports and music fans all over the world - I can’t wait!”

Pepsi’s global marketing vice president, Eric Melis, said: “Pepsi Max has been working with UEFA to build the Opening Ceremony platform since 2016 and we’re delighted to be returning to live stadium shows and bringing Camilla Cabello to the stage this year. Pepsi Max has a long and rich heritage in entertainment and this year’s show will not disappoint as we bring elements of Camila’s Latina spirit to one of the most anticipated sporting events of the year.”

UEFA marketing director Guy-Laurent Epstein added: "We are excited to be collaborating with our long-standing partners at Pepsi Max for yet another highly entertaining Opening Ceremony performance at the 2022 UEFA Champions League final, these events always provide the ultimate cross-pollination of sport and music which we know fans love to watch – and Pepsi Max is the perfect partner to help us do that. We know that Camila Cabello is one of the world’s most popular artists and she will help us to build on our fans' excitement for the Opening Ceremony performance with a show football fans will never forget.”

Camila Cabello is among several representatives from music and football talent who will be supporting #Football4Refugees, an appeal launched by UNHCR, the UN Refugee Agency, to raise funds for displaced people around the world.