'Change is good for all of us': Absolute Radio's Paul Sylvester on the big breakfast battle 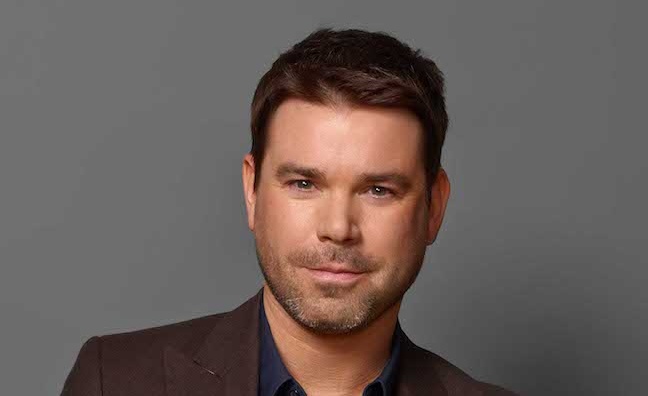 They say breakfast is the most important meal of the day – and nowhere is that more important than in radio. Build a successful breakfast show and, so the old adage goes, the rest of your schedule will follow.

Consequently, changes in national radio breakfast show hosts don’t come along very often. But now, they’re all happening at once.

Nick Grimshaw has already departed the Radio 1 flagship, ahead of Greg James’ arrival in September. Lauren Laverne has been announced as the new host of BBC 6 Music’s breakfast show, replacing Shaun Keaveny. There’s a whole new network on the dial in the shape of Hits Radio.

And Absolute Radio is also in the mix. Christian O’Connell, who ruled the roost for 12 years from back in the days of Virgin Radio, left in May and has been replaced by former Capital breakfast host Dave Berry (pictured).

The Q2 RAJAR results showed Absolute hitting the No.1 spot for national commercial stations with a record 2.151 million listeners. So Music Week sat down with Absolute content director Paul Sylvester to talk the old show, the new show and why there’s no limit on what Dave Berry can do…

How did you handle Christian’s departure after so long in the hotseat?

“One of the things we talked to Christian about when he announced he was going to go was how we were going to do this. In some sectors of the radio industry, there’s this thought that, if somebody decides they’re going to leave, they get ripped off the radio immediately. But we ask our listeners to build this bond with our shows and presenters [so it would have been] disrespectful to do that. What we allowed Christian to do was go out with great grace and style and actually make it a thing. We built on it, we talked about it and we did big story arcs up to the point of him leaving. The listeners enjoyed that celebration. They’d been with Christian for 12 years and it was really important that we gave him this great send-off from the radio station. But then we launched Dave in great style. Dave’s first guest was Liam Gallagher and that’s a really important thing for us, we did some really clever stuff on socials with Liam and some nice stunty stuff as well, which gave the new breakfast show a really important new, fresh feel. Across the different Absolutes – it’s the only place where you get one breakfast show and seven different choices of music – we’ve made that even better since Dave came along. We let the old breakfast show go out in great style and we brought the new one in in a really considered, fresh and funny way. Respecting listeners is important to me, the presenters, our clients and the listeners.”

Were the quarter’s record listeners down to people saying ‘goodbye’ to Christian or ‘hello’ to Dave?

“It’s a mixture of both. We were doing very well across the board leading up to this quarter, and this quarter was the pinnacle of a lot of hard work from all of us. The coronation of Dave by Christian meant that there was this really smooth handover.”

Changing presenters often results in churn. How do you think Q3’s RAJARs will go?

“It’s about the long-term for us. It’s really important that we grow Dave, we’ve got plans in place. We had a great launch, we’ve got a great summer happening now with some fun stuff and then we’ll go into a sustained period of really getting behind the breakfast show, promoting it, talking about it and working really hard to make sure it’s the best it can be. We’re confident that what we’re doing right now will have a good impact on today’s numbers but for us it’s about one year, three years, five years down the line, making sure this is the breakfast show that listeners can relate to with a presenter that resonates with them. It’s about them starting to get to know Dave as a broadcaster. In recent years the radio that’s he’s been doing was maybe different to what we want him to do, which is very much allowing him to be himself, and actually have some real fun and develop long-term story arcs and stuff that runs over the course of days and weeks and months on the breakfast show. That’s really exciting and it’s really exciting Dave as well. The question is not, ‘What can I do?’, it’s ‘What can’t I do?’. That should be the question he asks me because the bigger, the bolder, the better. You look at some of the stuff that’s being done elsewhere. I have great admiration for the Radio 1 hide and seek stunt that Greg and Grimmy did and the bigger and bolder ideas we can get across the industry, will make it interesting for everyone.”

Will Dave bring a different demographic to the show?

“I don’t think it will change dramatically. Dave is the same age doing the show as Christian was [when he started]. You might see some of Dave’s own fans maybe disenfranchised from elsewhere coming to join us. Dave was brought in over a year ago to be the natural successor to Christian. He was the person I thought was the next generation for what we wanted to do. He’s evolving into the Absolute audience and style and the audience are certainly getting to know and like Dave, so I don’t think there’s going to be a huge churn amongst the existing listeners we had. What’s more interesting is who are the listeners we can attract.”

What do the changes elsewhere in the breakfast landscape mean for Absolute?

“Change is good for the radio industry because it freshens things up. It does mean that people will sample and trial and find their own thing. What we’re all having to do as radio stations is work harder for the share of ears at breakfast and it’s meaning whether you’re Ben [Cooper] and Aled [Haydn Jones] at Radio 1 or Tony [Moorey] who’s running Magic or Andy [Roberts] at Kiss or myself doing Absolute, everyone’s working harder, everyone’s trying to find their mojo and that thing that’s going to hook listeners in. And the people who are benefitting from that are the listeners, because there is this freshness and newness and talkability about breakfast shows, where perhaps we’d slipped into this thing where everyone knew what they were getting and it felt a little bit mundane. The more we can freshen things up the better.”