In Pod We Trust: Inside The Crate 808 podcast with host Kambi Thandi 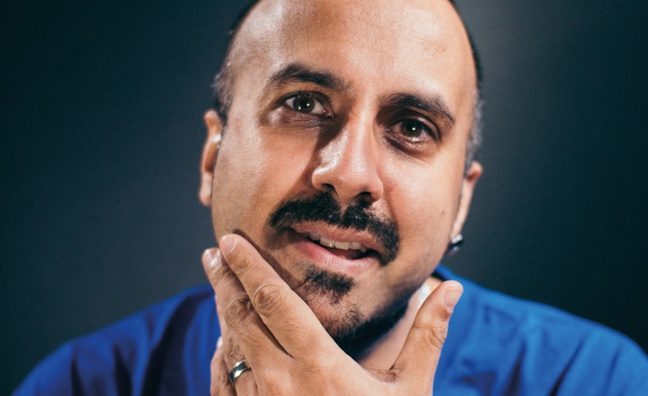 Music Week guides you to the biggest and best music podcasts the industry has to offer. This month, The Crate 808 podcast host Kambi Thandi reflects on what the modern music business can learn from the golden era of '90s hip-hop...

What was the initial inspiration behind The Crate 808 and its celebration of ’90s hip-hop?

“We started off with eight episodes, and there was an album debate in each one. It got a great response from the hip-hop community – people love the discussions about which albums get into Crate 808. [Frequent co-host] Ray Ridge is my best mate, we’ve been having these arguments since 1999! We wrapped it up and it was a nice little project, but then one of my friends said, ‘Why are you stopping?’ Then I landed [ex-Hip-Hop Connection editor] Andy Cowan as a guest, and he was so amenable to helping me. So then I thought, ‘You know what, why not just shoot my shot, and go for Rodney P, Ty and Black Twang?’ That was our catalyst – and through Lekan [Latinwo, Intricate Management] who manages them – they said yes. Since then, Crate 808 has bombarded all the legends we love.”

What have been some of your favourite interviews so far?

“The DJ Muggs one sticks out. I became a bit of a giddy child in that episode, there were moments where he said stuff like, ‘I almost threw that [classic] beat in the bin’ and I was just blatantly telling him to fuck off! The Black Thought interview has become a bit of a calling card for us, and another real favourite was DJ Premier, he could have gone on for hours. Afterwards we were standing outside waiting for a cab and talking about The Smiths. I left my body and had to bring myself back.”

You’ve also featured some legendary hip-hop executives like Steve Rifkind and Sophia Chang. What can the modern industry learn from the way hip-hop operated in the ’90s?

“Don’t get me wrong, I love modern music, but I think it has become so homogeneous, it’s like, ‘We know what works, let’s stick to that’. But look at what the music industry did back in the ’90s, because it was so fledgling… I mean, look at what Jay-Z did! It’s crazy. We have Griselda [Records], who have definitely created an empire and made it viable for their artists, and also you have independent rappers like Open Mike Eagle… If they got more backing, it would shine more like what we had in the ’90s, which was all these amazing different types of artists. There was just an amazing creative spectrum. And I feel [these days] it’s completely narrowed into people knowing what works. Out of 10 rappers [a label signs] you might get one who evolves and becomes the next Kendrick Lamar or the next J Cole. That’s absolutely fine, but wouldn’t you like five of them to do that? You don’t just need to pump money into artists either, there are other ways to help – we have all the technology in our own hands now.”