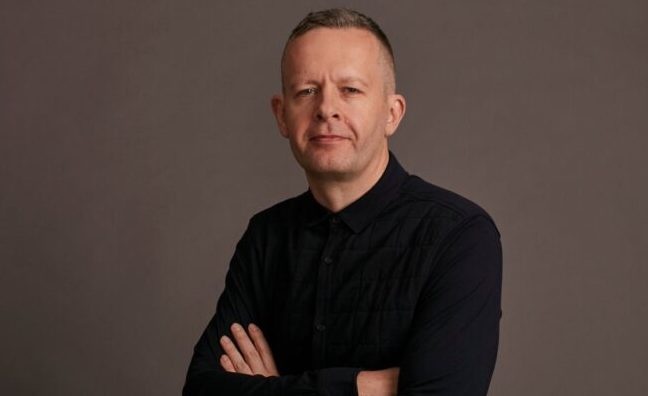 Mark Strippel has announced he is leaving BBC Radio 1Xtra.

Strippel is head of programmes at 1Xtra and has overseen the station along with Asian Network. He is departing this summer to work in the BBC’s Radio & Education division on strategic projects.

“After more than a decade in BBC Music Radio now is the right time for me to say goodbye and embrace new challenges,” said Strippel.

1Xtra was his first role in the BBC when he joined the station at launch as a DJ in 2003.

According to the latest RAJAR figures, 1Xtra has around a million weekly listeners. Breakfast host Dotty has announced her departure.

You can read Strippel’s email to staff below.

I want to let you know that I’m going to be leaving 1Xtra this summer to work in Radio & Education HQ, leading on some strategic projects with James Purnell.

After more than a decade in BBC Music Radio now is the right time for me to say goodbye and embrace new challenges.

It has been such an honour to head up 1Xtra since 2017. This was my first home in the BBC when I joined as a DJ from launch in 2003. I’m so proud of what we’ve achieved together over the past three years, winning ARIA awards including Station of The Year, record audiences for our Breakfast show with Dotty, and developing 1Xtra into a multi-platform brand, hitting 1 million subscribers on YouTube and growing BBC Sounds. We took 1Xtra Live to its biggest ever audience at The O2 and extended into TV with BBC Three and BAFTA-nominated ‘The Rap Game UK’.

But most of all I’m proud of our authenticity, integrity and where we’ve made a difference - launching a new Rap Show with Tiffany Calver, commissioning 1Xtra Talks and leading the way for the BBC in how we’ve responded to the Black Lives Matter movement.

1Xtra is stronger than ever and our mission in representing British Black Music and culture is clear.

And similarly I'm immensely proud and grateful to everyone at Asian Network for a decade in which we’ve radically transformed the brand and delivered record audiences. Last week’s double-wins at the British Podcast Awards didn’t happen by accident; and are emblematic of your passion to constantly push the boundaries. Whether it's through Bobby Friction, Groupchat or our journalism, we set the pace when it comes to reflection of British-Asian culture. No other platform understands our underserved audience like we do, and I hope that Asian Network continues to thrive.

These are the greatest culture-led music brands in the world and it’s never easy to leave behind the places and people that you love. Thank you to our incredible DJ’s and to our talented teams who make everything happen.

For now, I will continue to work with Lorna until the appointment of a new Head of Station for 1Xtra, and I’ll be able to share more news about my next move soon.

Thank you for everything!