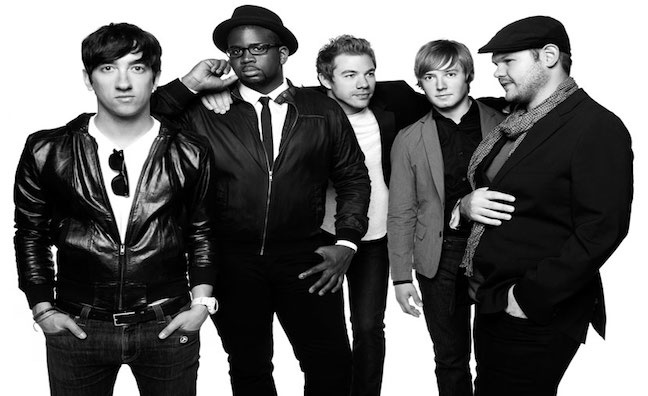 Anyone who remembers 2007 and was within earshot of a radio will remember Hey There Delilah, the lovesick ballad penned by Plain White T’s. Now the song is about to get a new lease of life… on television.

Initially released as a single in 2006, Hey There Delilah describes a struggling singer songwriter and his long-distance romance with a young New York City university student named Delilah, to whom he professes his love in song.

The Grammy-nominated song spent 35 weeks on the US Hot 100, including multiple weeks at No. 1, and has been featured in episodes of Orange Is The New Black, Family Guy and Sesame Street. In the UK, it has racked up sales of 858,673, according to the Official Charts Company. Streaming has turned the track into an indie evergreen - almost all of its 92,215 'sales' so far this year are based on streams.

Lively McCabe Entertainment has announced its collaboration with the Plain White T's to develop a television adaptation of Hey There Delilah.

Described as a contemporary fairy tale expanding on the story within the song, the concept is from T's frontman and songwriter Tom Higgenson, writer Jeremy Desmon (Pump Up the Volume, One Hit Wonder) and Lively McCabe's Michael Barra, with Desmon attached to write. Primary Wave's Deb Klein is attached to produce.

A whole lot of people really connected with that song

Of the project, Higgenson commented: “It's been more than a decade since Hey There Delila'was released, and people always ask me about it. A whole lot of people really connected with that song, and I'm very proud of that. I'm so excited to have an opportunity to give a new generation the chance to form their own connection with the song, and fall in love with its story through this new project."

Lively McCabe Entertainment’s co-president Michael Barra added: "Hey There Delilah is a perfect example of an iconic story song that has introduced characters and a premise to a massive multi-generational audience, and is begging to be expanded into a full-length story for contemporary television audiences. Lively McCabe is thrilled to be working with Tom, Deb and Jeremy to bring it to life on the screen."

The deal coincides with another TV partnership announced this week between Universal Music Group and Lionsgate, which will lead to series being developed around record labels.