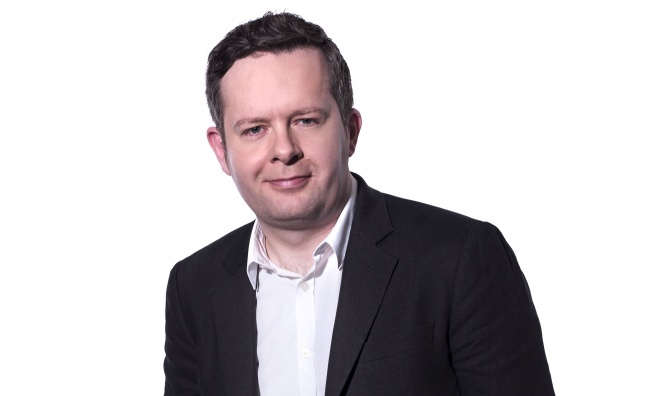 Mark Strippel, the BBC Asian Network’s head of music, has highlighted the ‘massive growth in the young British-Asian audience’ in an interview with Music Week.

Strippel first joined the Beeb as an on-air presenter and DJ on BBC 1Xtra when it launched and was known then as Markie Mark. And while he may not come from an Asian background, he has dedicated his broadcasting career to taking British-Asian music to a wider audience as well as giving Asian music a platform to inspire the next generation of talent. “I am not from an Asian background, but I grew up in an Asian area, Hounslow in west London,” he explains.

“I am now 43 and my school was about 60-70% Asian, so it felt quite natural growing up in that environment and getting to know the audience, the cultural touch-points and the language. I was involved in the Asian music scene. I mixed house music and hip-hop with Bhangra beats and Asian beats. This stayed with me when I went to university and I carried that on with club nights. I had a bit of a dual career and I didn’t see media as a career.”

In his role as the BBC Asian Network’s head of music, Strippel has helped grow the audience to over 600,000 people per week.

“It’s a British-Asian, young demographic,” he said. “There’s massive growth in the young, British-Asian audience. One in 10 people under the age of 30 in Britain are from an Asian background. It’s a four million-strong community. There have been changes in pop over the last few years, which have had a massive effect on the Asian Network. We have been sharpening the focus on a younger audience to grow the station, 18-34-year-olds being the key demographic.

“There’s steady growth [in the listenership]. The goal is to keep growing the network - as our population and relevance are increasing, we should grow as well. We have the right foundation for growth, and we have the right content mix and don’t just play traditional Asian music. We do play this, but we also play artists who might just present a British-Asian perspective in their lyrics in a slightly more subtle way. The Asian world is not separate from the rest of the radio world or the rest of the radio portfolio.”