'We are having the time of our lives': Greg James talks taking over the Radio 1 Breakfast Show 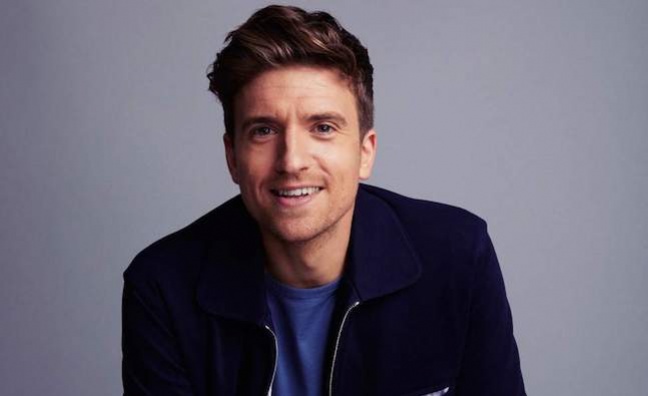 New Radio 1 Breakfast Show presenter Greg James has got off to a strong start with a warm response from listeners and critics, as well as the network’s head of programmes. Perhaps it’s no surprise: James has been a Radio 1 mainstay for more than a decade since joining straight from university.

Since then he’s been a champion of bands on his Drivetime show, as well as BBC One’s Sounds Like Friday Night. Speaking in the latest issue of Music Week, James says he “always wanted” to present the Breakfast Show. Here, he opens up further about his approach and plans to back new artists…

How have you enjoyed taking on the Breakfast Show?

Honestly, I just couldn’t be happier. We are having the time of our lives doing it and the reaction so far has been overwhelming - the reaction first and most importantly from the listeners. We hoped they would like all the stuff we had planned, the tone of the show and the spirit of it and our mission statement to put them at the centre of everything. It’s just really nice to feel support from the rest of the radio industry. We’ve had some really lovely messages from all sorts of ‘rivals’ and people just being like, “Fair play that was a really strong launch”. We worked incredibly hard, we just thought about it really carefully. We were really floating around on Monday. It felt like a slightly out-of-body experience to do it and actually not feel that nervous, it’s very strange. I thought I was going to be an absolute jelly.

You’ve always said it’s a show you wanted to present. Why do you think its such an important slot?

It’s always been in my sights because I think you should always want to progress and better yourself. I feel quite lucky that it has come to me at this stage in my Radio 1 career, at the age I’m at now I feel like I’ve got a lot more knowledge and experience to help me through it and to deal with all the noise around it and those high-level BBC meetings. It feels like when you get the Breakfast Show, you get the nuclear arms codes and you get to learn these special secrets. A strong Breakfast Show is what we’re aiming for, we want it to be big and welcoming. So far we’ve started well, it’s very early days of course, but I think we want to keep going as we’ve started.

You seem to have a genuine passion for bands. There are playlist restrictions, but are you hoping to support that kind of music?

Absolutely yeah. There’s an interesting balance to be struck with a station as big as Radio 1, because you want to encourage people to listen and you want to play some things that they are familiar with - you can’t assume people just love your type of music when it’s such a big mainstream audience. As we progress, of course, I get some picks and moments to shout about a particular band or artist that I’m into and that’s certainly going to be something that we work on even more closely. I’m a massive guitar head, of course, but I am not bigger than that show - it’s deliberately not called The Greg James Show. But there will be elements showing my music passion, as we did on the other shows as well. The fact that people do associate me with different types of music is testament to that.

You’ve often managed to get high-profile guests on air, you must have a good relationship with the music industry?

Yeah, there’s been some really wonderful pluggers who actually came and spoke to me and introduced themselves to me when I started, when I was 21 and a sort of nobody doing a couple of shows here and there. I’ve still got some really good connections and mates in the music industry who put stuff in front of your nose sometimes and say, “You’ll like this, give this a go”. So, yeah, I do feel very connected to the music industry and I still love going to gigs. That’s one of the reasons why I took the job because I do love this stuff still, I love Radio 1, I love pop culture, I love new music and I listen to all different radio stations. I will listen to 6 Music, I’ll listen to X. I’ll listen to Capital. I’m sort of immersed in the whole thing. It would be very dangerous to close myself off just because I’ve got the big gig - I feel like now is the time to really work even harder at staying connected to everything. Even though I have to be in bed quite early, I’ll still go to gigs; I’ll still listen to those CDs that get dropped off and still open those files that get sent to me. I do feel a sense of responsibility that, if there’s an incredible new band that I’m totally into, I will shout about them if I can make the listeners connect with it, if I feel I can do it justice.

You had Calvin Harris on and made his new single Promises your Tune Of The Week. It’s now a No.1 contender - is that a sign that the Breakfast Show can help singles you highlight?

Yeah I hope so, we’ve definitely seen that with certain records that we’ve played in the afternoon show and really supported and championed. There was a moment with George Ezra where a few people were not quite sure that the new campaign was going to work. We heard Paradise and we though, ‘Fucking hell, this is unbelievable, why is anyone being snotty about this’. We made it the theme tune to a Sport Relief thing I did, and then off the back of that people kind of caught on. It’s about feeding those songs into the show and making it not seem like you’re selling anything. That’s the key, if you have a reason to do something and you genuinely love it, then you can make a real impact in the industry.

Are you going to pay attention to RAJAR results?

I’m not worried about it but I will pay attention to it. I have to make sure that I’m delivering on that front and I want the show to be big. If I can introduce [listeners] to their new favourite artist that’s always been one of my favourite things. Yes, I love mucking around on the radio. But I remember having this conversation with one of the bosses when I first started where he said, ‘Well, you’ve got to work out whether you’re going to go down the music route or whether you’re going to go down the fun stuff route.’ I love comedy but I am also a huge music fan, so you can do both, that’s my plan. I’m not saying I’m going to be Annie Mac or John Peel, but you really can affect someone’s day by playing the right track at the right time.

To read the magazine interview with Greg James pick up the latest issue - or subscribers can click here. To subscribe and never miss a big industry story click here.