International break: Why Africa is the next music business hotspot 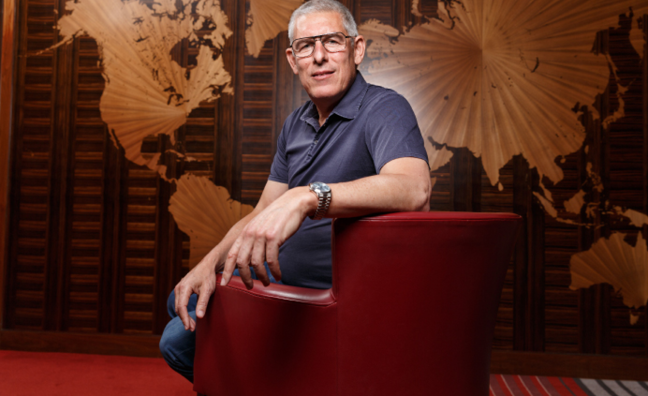 The music biz finally came back to work this week after a long hot summer of Music Week bothering executives for interviews on their private beach/superyacht/camping holiday in Bognor.

Travel broadens the mind, of course, and no doubt also helps focus it on the next global hotspots. Once upon a time, UK execs came back from Spanish beaches with dreadful novelty Eurohits in their back pockets. But now the biz has gone truly global, there are opportunities for musical relationships that don’t fade as fast as the sunburn or run out as quickly as that bottle of tequila you brought back.

Look at Lyor Cohen, who recently led a YouTube delegation to Lagos in Nigeria. His monthly YouTube newsletter reveals he is now “in the midst of a huge a-ha moment about Africa after seeing the immense opportunity there”.

Cohen is not alone. In the rush for streaming gold in China, Latin America and India, Africa had previously been largely over-looked by the biz, but now all the signs are there that the continent is primed for a music industry awakening.

The majors have been snapping up deals with local businesses. Warner Music has signed a direct licensing deal with African streaming service Boomplay and partnered with Nigerian indie label Chocolate City. Universal has partnered with Boomplay and Nigerian streaming service UduX, as well as signing Nigerian Afrobeat star Tiwa Savage and expanding its strategic operations in French-speaking parts of the continent. Sony was first to establish an office in Lagos, ensuring it sealed some key artist deals. No doubt all of these deals were done by execs mindful of the potentially perfect storm of large, under-served populations, ever-improving mobile/wireless networks and a huge talent pool. “Any A&R executive who has not flown here is simply stuck on stupid,” said Cohen of Nigeria.

Cohen pledges YouTube will “put our money where our mouth is” with local talent, which is good. It’s important that, in the haste to maximise such opportunities, companies don’t just come off like people passing through on the lookout for a cheap deal. As with South America, Africa is made up multiple countries, all with wildly different music scenes. And while many artists may be little-known worldwide right now, their huge local followings can provide a useful springboard for global streaming-based stardom.

The recent rows in India as western streaming companies tried to muscle in on the local stakeholders showed the continued importance of acting global, even while thinking global. Especially as it seems more likely that the best business opportunities lie in exporting international acts to the US and UK, rather than vice versa.

And anyway, as you all no doubt found out on those August vacations, it takes time to find the best things about any new destination, and many of them won’t be next door to your hotel. So, as the holidays end and everyone gets back to serious music business, it’s important to remember: Don’t just be a tourist, be a traveller.