Viewpoint: NWN Blue Squared's Ed Niman on why exploring all funding options is vital for the biz 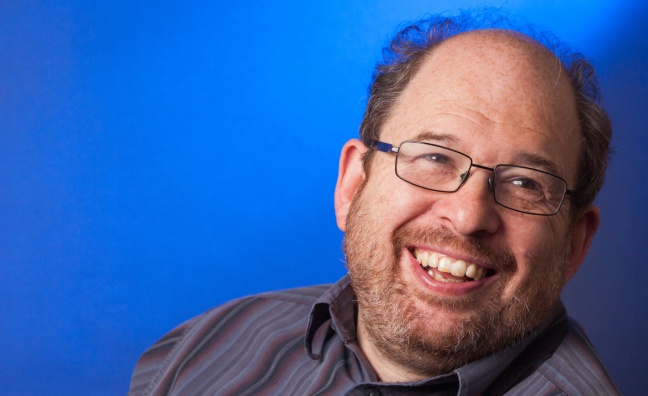 Having read Music Week since I was group financial controller at Mute in the late 1980s, writing this column has forced me to think about what keeps me - and I hope other readers - engaged.

Despite so many influences - from creativity to politics, fashion to technology - the music business remains exactly that: a business. Because of this, nurturing careers in the biz matters just as much as developing the talent itself.

In common with all business sectors, issues with cash flow can turn companies with a great product and a full ‘order book’ into a basket case, simply because of a lack of funds.

Before you know it, you’ve burned through the income carefully set aside to pay HMRC or royalties to meet individual needs and pay the day-to-day bills and the suppliers that shout the loudest.

But where do you turn to get things back on track?

Simply trying to keep one step ahead of the government’s Grim Reaper (aka HMRC) should not be the way to run a business.

Every company, no matter its size, needs some collateral behind it to allow for both success and failure. It’s all very well speculating to accumulate, but there needs to be some foundation of financial security.

This can range from having enough funds to stop cash flow yo-yoing from black to red on a monthly basis, to holding a ‘war chest’ that can finance the business growth needed to match the creative output you’re supporting or selling.

Business funding is a very different animal from even 10 years ago. The 2008 financial crisis saw the dawning of a new age in finance.

Banks are no longer the go-to source of lending, particularly for start-ups, and an entire ecosystem of alternative finance organisations has developed. Because so many are digitally based, they’ve become known
as Fintechs.

The government is encouraging this more creative approach to lending and investment. For example, portals - such as alternativebusinessfunding.co.uk - are now backed by a regulatory mandate where banks have to refer customers to alternative funders if they can’t, or won’t, provide a loan themselves.

While crowd-funding developed by helping bedroom musicians find a few quid to release their first creation, the likes of the UK’s CrowdFunder and Crowd Cube, or Kickstarter in the US, are now backing larger enterprises to reach the next level.

And, just because we’re working in the music industry doesn’t mean that funding designed for more mundane business activities can’t apply here. For example, asset and invoice finance has come a long way.

Now, if a studio or CD manufacturer has a single guaranteed invoice that will land in a couple of months, but needs the money to pay the wages now, selective invoice finance could be the answer.

Even for those of, ahem, a certain age, there are ways of leveraging that ‘life experience’ to help secure the business you’ve established as your retirement plan.

For instance, pension-led funding allows business owners to pool their individual pension pots, borrow money from the scheme to back their business, and then repay the loan to the pension fund - sometimes with greater returns than might normally be generated.

Now, before I get trampled in the rush to seed synchronisation, pension-off publishing rights, or mortgage mixing desks, there are two critical points to make.

Firstly, one size does not fit all. There are hundreds of different ways to fund a business, so it’s important to ensure the method meets your needs, timescales and ability to repay as closely as possible.

Generally, funders are as good at rejecting requests as accepting them - as much because of the regulators as any sense of moral duty - so they will need convincing.

Which leads to point two. No matter how much you believe in the future of your business, the fundamentals still need to be in place for a funder to back you.

That means a well-constructed business plan, a clear vision, sound record-keeping and a good set of management accounts.

Oh, and of course, a qualified accountant who can keep your feet on the ground when the funding does come in. But then, I would say that, wouldn’t I?