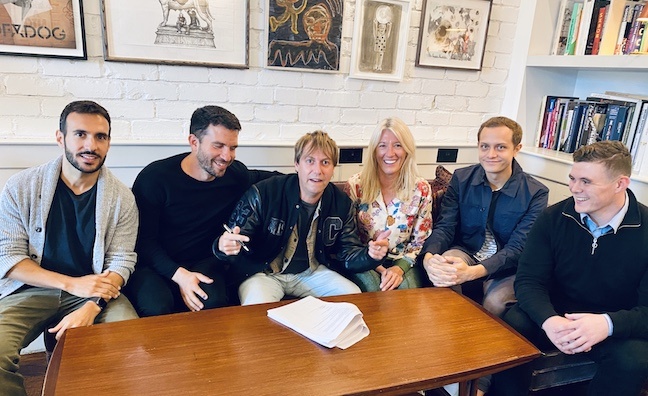 "I am super excited to be teaming up with Concord - they really understood my vision,” he said. “Having known the team in Anna, Harri and Kim, I am so pleased to be working alongside them and looking forward to what the future holds.”

“I am thrilled to be working with Jake. His discography is a who’s who of the best artists in the music industry,” said Kim Frankiewicz, Concord’s EVP of worldwide A&R. “Along with the great team at A-List Management, we are looking forward to collaborating and helping Jake build upon his incredible body of work.”

Gosling co-wrote and produced on Ed Sheeran’s debut album + in 2011, co-writing hit singles such as Lego House. Gosling continued working with Sheeran producing and writing on tracks from album X. He served as the lead producer on the album, which was later nominated for Album of the Year at the 2015 Grammys. The following year, his production on Thinking Out Loud earned Gosling a Grammy nomination for Record of The Year.

Aside from his work with Sheeran, Gosling also worked with One Direction on their first two studio albums, Paloma Faith on her UK double-platinum album Fall To Grace, Christina Perri on her UK and US Top 10 album Head or Heart, Shawn Mendes on his triple-platinum No.1 album Illuminate and Shania Twain’s Now, which was her first studio album in 15 years.

"We were hugely impressed with Concord and Kim and Anna and the whole team and how proactive they have been,” said John Woolf from A-List Management. “Everything from before we even signed just felt like the right home and people.”

“Jake is a truly prolific talent and it is an honour to have him join Concord,” said Harri Davies, director of A&R at Concord Music Publishing in the UK. “He and I worked together successfully for a number of years and I am excited to be working with him again for the next chapter of his career.”