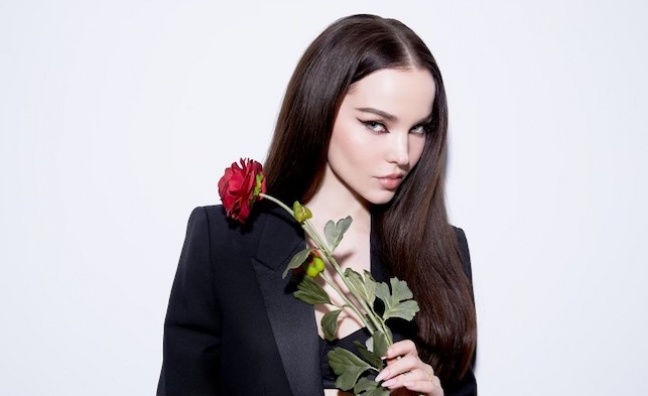 Sony Music Publishing today announced it has signed a global deal with US singer, songwriter and actress Dove Cameron.

The 2022 recipient of MTV’s VMA for Best New Artist, Dove Cameron's profile is building off the back of single Boyfriend, which peaked at No.9 in the UK, and recent release Breakfast.

Dove Cameron said: "I’m so excited to be joining the Sony Music Publishing family where they continue to grow and support me as an artist and a songwriter. With this partnership, I look forward to bringing my fans music that can become the soundtrack to their lives.”

Sony Music Publishing VP, creative, Thomas Krottinger, said: “Dove is a brilliant songwriter – her creative authenticity has not only led to chart success, but it has enabled her to become an important voice representing the LGBTQ+ community. We’re thrilled to welcome Dove to SMP, and we look forward to supporting her in this next chapter.”

Dove Cameron began writing songs at the age of fifteen while also pursuing her career in acting. Her film and TV performances include the Apple TV+ musical-comedy series Schmigadoon!, and the B.J. Novak-directed Vengeance.