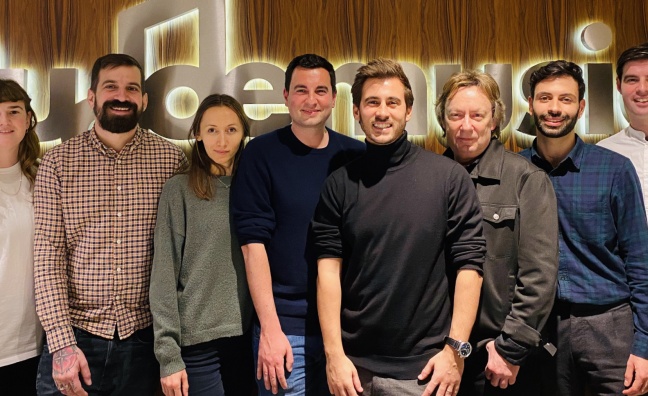 The two companies have formed a joint venture as they look to build their worldwide presence in a fiercely competitive independent publishing landscape.

“Karma and Budde Music share the same vision,” said Karma co-founder Jordan Jay. “This is the beginning of our ambition to further the global reach of our company in all areas of entertainment.”

“Jordan and I have been friends for many years and I am overjoyed for our companies to be finally working together,” said Budde Music CEO Benjamin Budde. “We’ve been very impressed with Karma’s hands-on and very creative style in working with songwriters, so it feels natural to finally work together. Budde Music will offer an extensive creative and administrative global network for Karma Songs and their songwriters.”

Karma Songs, the publishing arm of writer/producer management company Karma Artists Management, has already enjoyed considerable European success with hits including Aitana & Ana Guerra’s Lo Malo, which has gone six times platinum in Spain. The firm has also been behind songs including Loryn & Rudimental’s Official Cricket World Cup single, Stand By, and cuts recorded by artists such as Tom Misch, Martin Solveig and The Vamps.

The first signing to the JV is singer-songwriter Nick Bradley.

“Nick first came to our attention through our Beat Goes On initiative we launched during lockdown,” said Gautreau.

“We post a 30-second clip of a track from one of our writers and any of our followers on socials can DM us for the full track if it inspires them,” explained Jay. “This has proven a great success, both for finding new talent and also to have writers of all levels collaborating, and we aim to keep this initiative going despite lockdown now easing.”