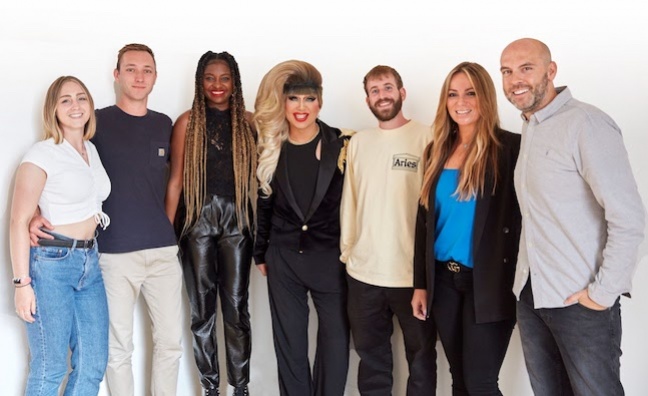 Universal Music Publishing Group UK and Jinsing, a publishing imprint created by artist and songwriter Jin Jin, have announced that producer, songwriter and DJ Jodie Harsh has been signed to an exclusive global publishing deal.

In the past year, Jodie Harsh signed an artist deal with Warner Records UK and released two singles, including My House, which has accumulated over six million streams to date.

Jin Jin, who has written multi-platinum songs for artists including Jess Glynne, Raye, Jax Jones, said: “It’s an absolute honour and pleasure to be working with such an amazing talent in Jodie Harsh. Such an incredible songwriter, producer, artist and DJ, who I have had the privilege to have collaborated with in the studio. I’m absolutely thrilled and so excited for this journey as Jinsing/Universal Music Publishing alongside Massive Management”.

Mike McCormack, MD of UMPG UK, added: “The combination of a star like Jodie working with hit writer Jin Jin creating huge pop bangers was too much of a fun ride to miss! We are thrilled to partner with such influential talents and the UMPG global team looks forward to supporting their imminent success.”

The combination of a star like Jodie working with hit writer Jin Jin creating huge pop bangers was too much of a fun ride to miss!

Jodie Harsh became the first drag artist to be playlisted at BBC Radio 1, where she also stood in for Annie Mac and contributed an Essential Mix. Recent single No Sleep has received support at radio and across streaming platforms.

Billy Clark, senior artist manager at Massive Management, said: “Three years ago, Jodie came in to meet us. We always had a strategy and knew that was the long game. From releasing a run of independent EPs, to finding our key supporter in Jaguar at Radio 1 Dance through to Annie Mac, Danny Howard and daytime support from Charlie Hedges and Clara Amfo, and signing a worldwide deal to Warner Records. The ethos was always quality over quantity, and I am beyond thrilled for her to join the Jinsing / Universal Music Publishing family.”

Pete Simmons, director of A&R at UMPG UK, added: “I’m delighted that we’re working with Jodie at UMPG, alongside Jinsing and the crew at Massive Management. She is somebody who knows how to make people dance and make dancefloors smile!”