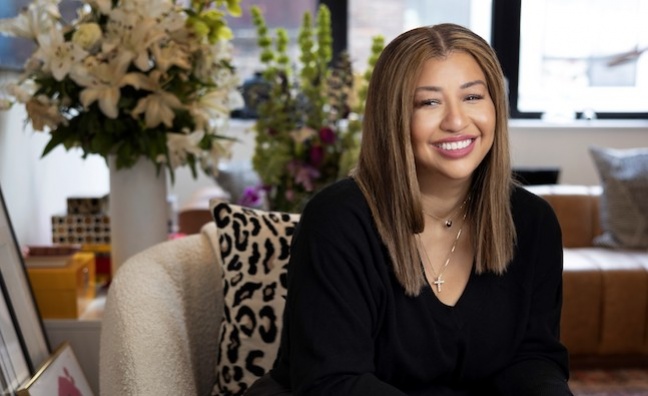 In the latest edition, you can read about her priorities for the UK business and her ambitions for the roster, including Stormzy, Dave and Celeste. Here, Gonzales opens up further about the opportunities in an unpublished section of the interview.

As well as working with Warner Chappell CEO and co-chair Guy Moot – who has a wealth of connections from his time in London – Gonzales will be teaming up with UK head of A&R Amber Davis and Kate Alderton, the newly appointed VP of operations and finance. She plans to relocate from New York to London in January.

The promotion is effective October 1 and Gonzales will retain her current role as head of international A&R for the global business. Gonzales stressed the increasingly international nature of the publishing sector.

“America is important, for sure, but the internet and DSPs have [levelled] the playing field around the world,” she said. “I was just talking to someone on the phone in Latin America about an artist that every artist that we all love is trying to get in touch with – and this person doesn't speak English.

“Whether you're in America, whether you're in the UK, we can no longer afford to just play in our box. We all have to think about the entire world as our playing field.”

Gonzales said that the UK scene has led the way in innovating musical styles.

“The classic music that I grew up hearing laid the foundations for who I am today and for the love that I have for the UK,” she said. “The UK has always been a leader in melding all sorts of influences to make their music – America has not done that.”

I have a massive respect for the English music scene

She also highlighted the success of British rappers whose music has travelled globally.

“They’re getting the accolades and credibility from America and from artists that are very mainstream,” said Gonzales. “Amber Davis signed Dave, Stormzy and J Hus. I get calls from some of our producers here [in the US] that are asking me, ‘How do I get on Stormzy, how can I get with Dave, and I'll fly out to work with Hus, I promise’.

“A few years ago when I was at the other place [BMG in the UK], I remember watching Stormzy with his first freestyle, Shut Up [2015]. I remember watching it and thinking how incredible it was, and how proud I was for the UK at that moment. I was showing it to Americans, who couldn't believe that it even existed. And by the way, one day if you're really nice to me, I can do the whole freestyle for you with an English accent!”

“808 Melo is a kid from London who hooked up with Pop Smoke, a rapper from New York, and the two of them together really built something unique and special,” she told Music Week. “Unfortunately, Pop Smoke passed away before he could see the entire dream come true. But that album coming out and being so successful is a huge example of international collaboration. It definitely doesn't get the attention that it deserves, because it felt so natural, but that's the way it's supposed to feel.”

“You had a London person coming to America [Guy Moot], and now you have an American coming to London,” she said. “It’s a great way to be disruptive, because it brings in a new way of thinking. I know the way that I can be respectful is to embrace who I am – I have a massive respect for the English music scene. The way to help is to open up every resource that I have, and be the ultimate champion, not just in the UK but everywhere I go, for the UK songwriters that we have.”

Diversity within the company and roster is also a key consideration.

“I am one of the founding members of the [Warner Music] Diversity & Inclusion Council,” Gonzales told Music Week. “We've recently hired, our first diversity inclusion and equity person Dr Maurice Stinnett and he's incredible. Warner Music Group is absolutely focused on diversity and inclusion, so these are ongoing conversations.

“And I'm a black woman – it's worth mentioning – it is not just something that is like, ‘Oh yeah, I'm doing this on a Friday’. It's a way of life for me, and it's really important. It's important at this company as well.”

Warner Chappell has multiple nominations at the Music Week Awards, including Publisher Of The Year.

To read the full interview, see the latest issue of Music Week – subscribers can click here.