On The Radar: Anna Of the North 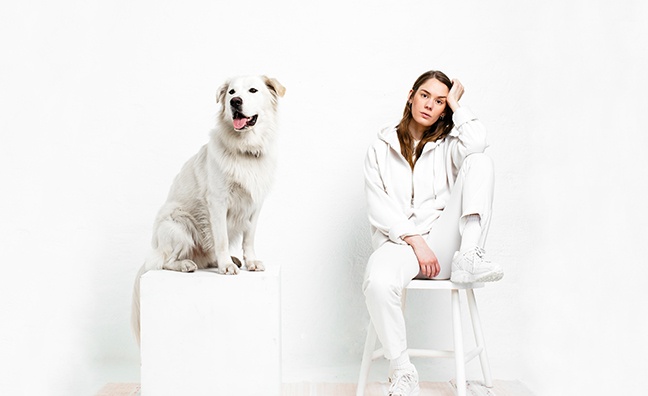 "I really want a budgie.” Given that she appears alongside dogs, birds and cats in her publicity photos, it’s no surprise when Anna Lotterud delivers her answer to the question, What’s one thing no one knows about Anna Of The North? Completed by Melbourne-based producer Brady Daniell-Smith and so named because of the distance between the singer’s native Norway and her collaborator’s New Zealand home, the duo indulge a high-art aesthetic that matches their music. Both invite intrigue, skewed from the straight and narrow.

But that’s not to say debut album Lovers is all jagged edges: this is lovelorn electro pop aimed squarely at everyone. “It’s a heartbreak album, and who hasn’t been there?” reasons Lotterud. “I think you can easily relate to it and we chose the lyrics wisely, for everyone in the world to understand.” The swoosh of vocals that forms the chorus on the luxuriant title track backs up her point (“I’m in the dark/Show a little loving/Shine a little light on me”). “It’s a happy-sad album,” she continues. “It was really important to both Brady and I that it was hopeful. I think we managed that.”

They did, but circumstances certainly threatened to scupper them. Working remotely and in Daniell-Smith’s Melbourne base, the pair first came together five years ago, when Lotterud left her job and boyfriend behind and spontaneously swapped Norway for Australia. After another doomed relationship, she met the similarly troubled producer and both decided to channel their romantic woes into a new project. Debut single Sway sparked support from Triple J, BBC Radio 1 and Beats 1, among others, and this summer has seen the duo play festivals including BST Hyde Park, Blissfields and Bestival.

But Lotterud says Anna Of The North’s “peak” so far came when she contributed vocals to 911/Mr Lonely and Boredom on Tyler, The Creator’s new record, Flower Boy. Although the lack of a work visa prevented her joining in, she was there when the rapper performed on The Late Show with Stephen Colbert on US television. She calls it a “privilege” and describes Tyler as “such a nice guy, a great artist”. Enthusiasm bubbles over as she continues: “I definitely want to do more collaborations, to evolve and grow as a musician. Music for me is all about having fun!”

With the release of Lovers, Anna Lotterud is emerging from the corkscrews of an emotional rollercoaster, almost comfortable again. “We needed time to figure out who we were and what we wanted,” she says. “I was totally new to the music industry when we started this, and I still kind of feel like an outsider in Norway. I’m still stumbling around trying to figure things out.” Few have stumbled with this much poise, though, and Lovers’ sheen almost makes fun of the discomfort that formed its basis. For Lotterud, the fun now lies in bringing it to life. And what can we expect when that happens in London later this month? “Happy tears!"