On The Radar: Arlo Day 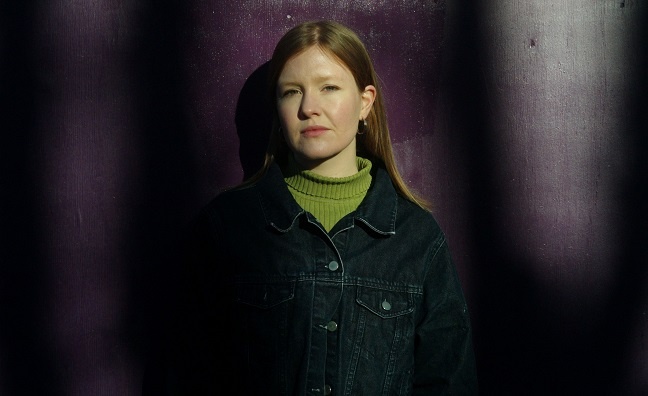 Some years ago, at a festival near her hometown, Alice Barlow’s place on the line-up led the local paper to mistake her for the ex-Hollyoaks star and contestant on The Voice she shares her name with. Along with a desire to separate her music from her name, this led the singer-songwriter to “squidge parts of my names together”, and Arlo Day is the result. She laughs as she tells Music Week the story, “Our styles could hardly be more separate,” she says. It’s true; it’s not easy to imagine The Script’s Danny O’Donoghue advising the South London-based Day on her discombobulating indie rock. After years of gigging around the capital, Day signed to Domino in 2018 and has just released Bad Timing, her first single. Its guitars are carefully layered, and Day’s vocals seem to come from the ether, sneaking up on you like a train of thought you can’t control. The same break-up inspired This Love and Broke, which appear on her debut EP, due next month.

“This group of songs is definitely very emotionally charged,” Day says. “The more I write, the more I notice it’s cathartic, my brain working things out. It’s a way of processing everything, even if I don’t realise what a song is about [initially], I’ll look deeper into it and be like, ‘Oh my God!’ It’s self-counselling or something.” Fed by the emotional gristle of PJ Harvey and Jeff Buckley and rendered in frayed, DIY style (Day recorded and produced the EP in her garden shed) this music holds up a mirror in front of a fascinating young artist, who’s already working on her first album. “I’m exploring new sounds, more synths,” says Day. “Hopefully it won’t be as sad as the EP! But I guess I have a tendency towards working out these harder parts of my life, the darker sides. So there’s probably going to be a bit more of that to attract all the emos out there!”

Expanding further, Day says she’s “trying to open up”, not to restrict herself to the tough stuff but to explore “growing up and navigating yourself in the world, not little subjects, eh!” [Laughs]. A graduate of the BRIT School and Goldsmiths, Day says she’s “very lucky to have always been surrounded by talented people” and credits the musicians she shares a house with for playing a “huge part” in shaping the EP. And yet, Day’s is a pristine, singular vision. “I’m interested in songs where the emotion comes out not just in the lyrics but in the music itself, where the guitars have a story within them,” she says. “I like knowing that everything has its place and meaning, it’s easy to layer so much that you lose sight of things. I’m a big believer in refining it back.”

Day is excited about releasing an album she can enjoy “as a piece”, in the same way she listens to her favourite records. Along with her band, she’s looking forward to offering a sneak preview on stage in Bermondsey in June. “Doing this has been a dream since I was a little kid,” she says. “It would be amazing if it resonated...”