On The Radar: Joe Fox 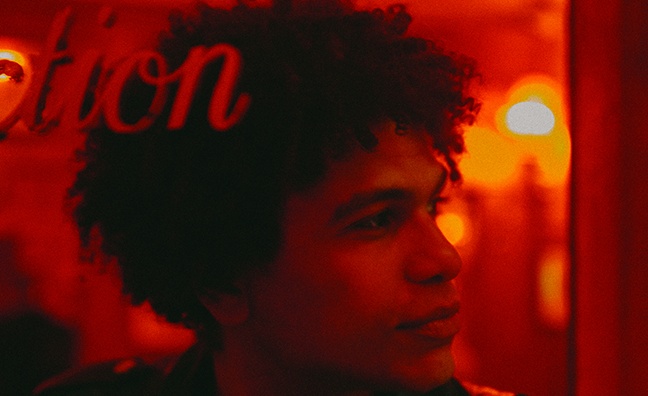 How many people have you spoken to recently who’ve answered the question ‘How are you?’ with the word ‘Amazing’? That’s precisely what Joe Fox does when Music Week calls, and it proves the tip of a hulking great iceberg of positive vibes.

“Mate, we’re in the studio auditioning for new band members and it sounds fucking great!” he says. Having just completed a short UK run, Fox is back in his London hometown searching for players to go out with him next time.

“The shows were really good and the reviews were good,” he says, taking a huge bite out something. A sandwich, maybe.

“Sometimes I played for an hour and 15 minutes, if you’ve gone to a place you might as well do all your songs. I’ve got quite a lot, thankfully.”

Frankly, Fox sounds pretty close to delirious, pacing in the spring sunshine outside the studio, having a snack, chucking a few enthusiastic words down the line every time we ask a question. He comes across like a friendly space cadet.

He says he’s been just as happy since his big break, which came in the summer of 2014. In the small hours of a Soho morning, Fox was busking to raise money for a place to live. Two guys walked past, and one asked if he’d play them a song.

Once he’d finished, they said they weren’t going to buy a CD, but invited him into a car and said they were en route to a recording studio and that he should join them.

It turns out he’d just met Harlem rap golden boy A$AP Rocky and producer Hector Delgado, who were in the early stages of making At Long Last A$AP.

From there, Fox was along for the ride and ended up playing guitar, singing and writing on five songs on the record. He then toured the world playing it live.

“Yeah, we bonded really well,” Fox reflects. “We stayed up late a lot and we went on double dates, shall we say, and went clubbing and all that. He gives me advice on everything, and he’s involved in my album, his favourite song is Radio, he can’t wait to see how that turns out.”

It’s not surprising to hear he thinks the hook up was meant to be. “I think everything is fate, man. I don’t know what I’d be doing if I hadn’t met him, ‘cause I did meet him, you know?”

Much has happened since that Soho night, chiefly a deal with Island Records and a publishing contract with Sony/ATV. Ever since A$AP Rocky’s album came out in May 2015, the mysterious busker has been hot property.

“Every other label had taken me to swanky offices or for dinner, one guy took me out in Miami and another took me surfing and fucking paintballing. Darcus just said, Do you want to go to the pub? I think I got one of the rounds!”

Since then, the singer has “learnt loads about the business” and released a debut EP, Acoustic Alley Sessions, through Blue Flowers, the Island-affiliated imprint run by Chris Pearson.

“My team are really whipping me into shape,” he says. “When you grow up listening to bands you think they come out of nowhere but they don’t.”

Now, he is completing work on his debut album with help from The Dap-Kings.

“Songwriting is great for understanding my feelings,” finishes. “I like the idea of finding ways to portray the world. It’s literally my favourite thing to do, to paint the world.”