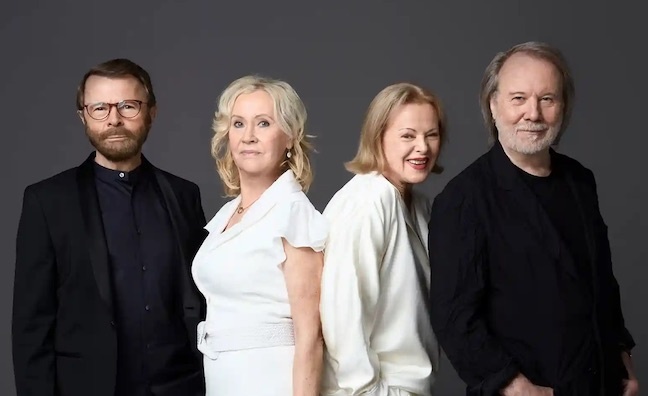 ABBA’s return is now officially one of the biggest comebacks of the modern era.

Voyage (Polydor), the group’s first album in four decades, has debuted at No.1 with sales of 203,909 - the biggest weekly sale since Ed Sheeran’s second week at the summit with ÷ in March 2017.

The huge sales for ABBA helped to secure Polydor a No.1 market share of 15.6% for AES All Albums. The Universal Music label topped Artist Album Sales with a massive 37.4% share.

As revealed in Music Week’s charts analysis, consumption of Voyage is heavily skewed to physical sales, which make up 89.53% of its total. Its vinyl sales of 29,891 copies surpassed the previous 21st century record of 24,478 copies for Arctic Monkeys’ Tranquility Base Hotel + Casino in May 2018. Voyage also sold 148,471 copies on CD, and 4,205 copies on cassette.

The No.1 for Voyage also marks ABBA’s 58th total week as UK No.1 on the albums chart – only The Beatles and Elvis have spent more weeks at the top.

With 10 No.1 albums to their name, only seven other acts have notched up more UK chart-toppers than ABBA: The Beatles, Elvis, Rolling Stones, Robbie Williams, Madonna, Bruce Springsteen and David Bowie.

The week one sales figure for Voyage is already enough to make ABBA’s album the third biggest seller so far this year (behind Olivia Rodrigo’s Sour and Dua Lipa’s Future Nostalgia).

The release of Voyage boosted consumption of ABBA’s catalogue, including ABBA Gold which climbed from 16-9 (5,761 sales).