'Be authentic': Skin talks 25 years in the biz 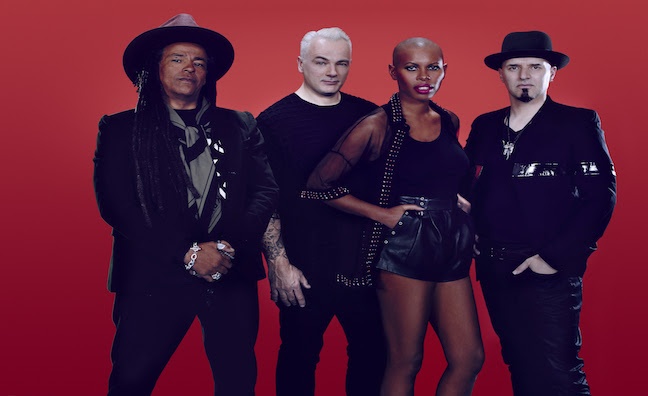 Skun Anansie singer Skin has offered some words of wisdom for the next generation of hopefuls after her triumph at last week's Music Week Women In Music Awards.

Skin, real name Deborah Dyer, picked up the Inspirational Artist Award at Friday's bash in recognition of her quarter century in the music business.

Speaking in the current issue of Music Week, she said: "The No.1 thing is to be authentic first. Before you worry about being diverse – being black, white, female, whatever – you've still got to be fucking good. Don't put your band together for any other reason than because you're good, you're authentic, you feel it, you want it and you have that ambition.

"It's important not to get distracted from who you are and what you want to be by trying to fit into the mould of what you think the industry, the establishment or social media thinks you should be. Firstly, be good."

Skunk Anansie will celebrate their 25th anniversary with a new live album next year. 25LIVE@25, which will be released via Republic Of Music on January 25. The LP will feature recordings of the band’s live sets over the years, and sequenced as one unique concert set by long-time collaborator Jeremy Wheatley.

"The main thing I've learned is to embrace the struggle," added Skin. "It's a very difficult business and I think that helps get rid of the chaff.

"It's difficult to be good and it's even more difficult, once you've had success, to maintain it. But I embraced the challenges because it made us better."

The full interview with Skin appears in the new issue of Music Week.

Relive the best moments of this year's Women In Music Awards here.