'You're an inspiration': All the winners and tributes at the Music Week Women In Music Awards 2019 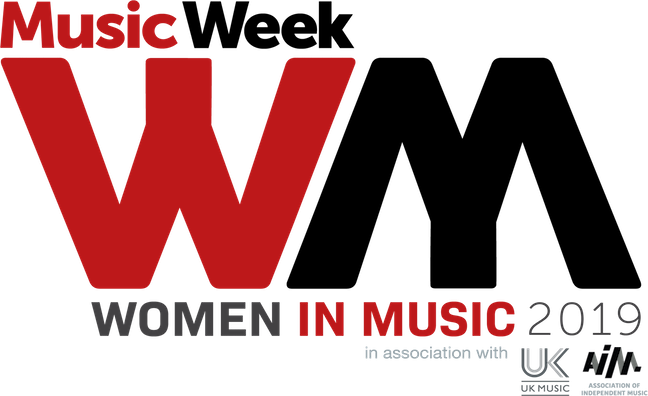 Top executives and artists have been honoured at the Music Week Women In Music Awards in London today (November 9).

Returning to the Brewery venue, Women In Music was a sell-out as hundreds of music biz high-flyers and artists gathered to salute the achievements of this year’s winners. The event was staged in partnership with UK Music and AIM, whose founder Alison Wenham returned to speak at this year’s ceremony.

Regular host Alice Levine returned for top hosting duties at this year’s Women In Music – the sixth edition of the awards ceremony. In advance of the event, the BBC Radio 1 presenter described the much-loved event as “celebratory”.

“I run a tight ship,” Levine told the audience, which was full of top names from across the business, from Emily Eavis and Annie Mac, to Tiffany Calver and Radha Medar. Stormzy, Mabel, Anne-Marie, Jess Glynne, Simon Cowell, Sony's Rob Stringer and Polydor co-presidents Tom March and Ben Mortimer led a glut of star names in the various tribute videos, which were rapturously received by a room packed with industry talent.

Kamille raised the roof with a speech beginning with the admission that she'd prepared notes on her phone, only to lose it earlier today, while Emily Eavis delivered a rallying cry for festival line-ups to achieve a 50/50 split. Meanwhile, Businesswoman Of The Year Radha Medar said: "I'm living proof that things are moving in the right direction".

As well as the 10 awards, a dozen executives from across the industry – labels, media, live, management, publishing and trade bodies – were inducted into the Women In Music Roll Of Honour. The full list of honourees for 2019 – who join a group of 72 star execs - is below.

The first award of the day was the Rising Star, which went to BBC Radio 1 and 1Xtra Rap Show presenter Tiffany Calver, a former Music Week cover star and Drake’s European tour DJ. It was presented by fellow DJ Clara Amfo.

“I wouldn’t have been able to open doors this year if it wasn’t for women like Clara Amfo,” said Calver.

Freya Ridings – whose breakthrough single Lost Without You is approaching a million OCC sales – was there collect the New Artist award.

“This is for the shy little girls who write their own destiny,” said Ridings.

Recently selected as a Labour candidate for the Croydon South constituency in the December general election, studio engineer Olga FitzRoy won the Campaigner title for leading the #SelfieLeave campaign, which picked up support from Coldplay.

“We call her Super Olga, there is no one more passionate,” said Tom Watson, outgoing Labour Deputy Leader.

Other big winners at the ceremony included Mabel’s manager Radha Medar of Metallic Management for Businesswoman Of The Year, Camille ‘Kamille’ Purcell for Music Creative and Annie Mac for Music Champion.

“I’m forever thankful to have an amazing team of females behind me,” said Mac.

“I want to find talent and tell people what I’ve learned,” said Purcell.

Universal Music UK won the Company Award For Diversity In The Workplace.

Emily, congratulations on being a trailblazer, you’re an absolutely huge inspiration for all of us women

“You’re an inspiration for women and it’s amazing what you’ve done for music,” said Dickins.

Stringer said: “I’m sure like many people in that room this afternoon, [Glastonbury] is my favourite week of the year. It’s Britain’s greatest cultural event. It always amazes me how, in amongst all the madness and mayhem, you manage to remain so calm and poised. You deserve every award. In fact, I think you’d make a great Prime Minister.”

Banks said: “You really deserve it [for] what you have achieved with Glastonbury – not just the festival but the charity work that you do, the things you do for the community there. Massive congratulations on this really special day.”

Annie Mac said: “Emily, congratulations on being a trailblazer, you’re an absolutely huge inspiration for all of us women who work within the festival business and just within the music business full stop. You have broken so many boundaries in terms of how festivals are booked. You have had to show a lot of men that women are as capable, if not maybe better than men, when it comes to booking balanced and thoughtful line-ups.”

Michael Eavis added: “She’s always way ahead of the game on the bands. She richly deserves this award, I’m very happy and very pleased to have such a wonderful daughter.”

Stormzy, who headlined this year’s Glastonbury, said: “Massive congratulations on your Outstanding Contribution to music award. Artists like myself – a whole plethora of us – owe you so much. Thank you for changing my life and taking a chance on me. You’re a legend.”

Ahead of today’s ceremony, Music Week revealed the 12 new inductees into the Music Week Women In Music Roll Of Honour.