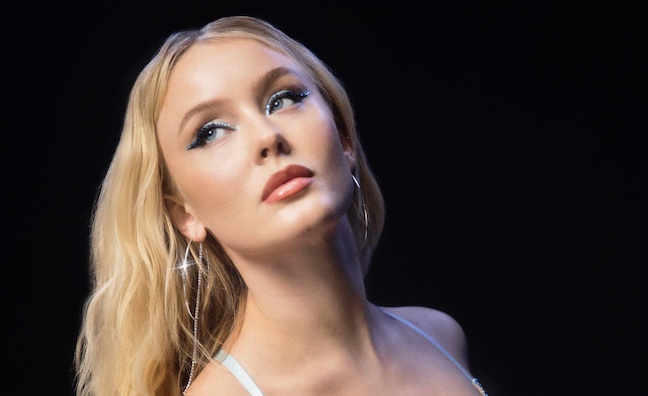 Larsson signed to Swedish independent TEN in 2011, later entering into licensing and distribution agreements with Sony Music and Epic. The formation of Sommer House marks the end of a long relationship with TEN Music Group and CEO Ola Håkansson that has seen the singer rack up nine billion streams.

Zara Larsson said: “I really want to say thank you to Ola and everyone at TEN for giving me the opportunity to break out as an artist and helping me start my career. You are now also making something happen that is so, so rare for a woman in the music industry - the capability to own my own catalogue. With that it makes perfect sense that I would start my own record company. I very much look forward to my future and to a continued collaboration with Sony as well."

TEN Music Group CEO Ola Håkansson, who signed Larsson in 2011, has wished the singer “the best of luck” for the future.

As a woman in the music industry, the capability to own my own catalogue is so rare

“This is a natural and exciting development in Zara’s continuing music career,” Håkansson said. “We have worked together for more than 10 fantastic, eventful years and Zara is, despite her young age, an established and respected international artist with extensive experience of the international music scene today. It is going to be really exciting to follow Zara’s ongoing music career. I wish her the best of luck, and I am convinced the she is going to achieve all her musical dreams and get to show her amazing artistry on the worlds biggest stages.”

Epic CEO Slvia Rhone added: “Zara is a cornerstone artist for Epic Records. As she continues to deliver incredible music, we’re privileged and excited to be part of the next chapter of her dynamic career.”

Larsson recently attended ABBA’s Voyage show in London and  has released a cover of the group’s Lay All Your Love On Me for Spotify Singles. She has more than 17 million monthly listeners on the platform.

She is set to tour Europe this summer and new music is due in the autumn. So far, the singer has released two solo albums, 2017’s So Good, which hit No.7 in the UK and has 288,599 sales to date according to the Official Charts Company, and 2021’s Poster Girl, which peaked at No.12.