Airplay Analysis: Camila Cabello holds on at No.1 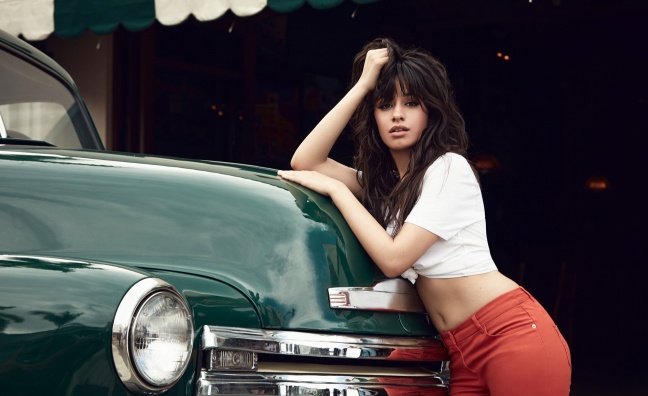 It was aired 20 times on Radio 1 last week (down from 27) and 11 times on Radio 2 (down from 12), with 10 tracks on either station being played more frequently. It had top tallies of 101 plays at The Hits and 75 apiece at eight stations in the Capital network.

Ed Sheeran's Perfect also continues to grow, climbing 6-4, while there is a 12-3 leap for Rita Ora's Anywhere on its second frame to deliver her ninth Top 10.

There is a surprise return to the Top 10 for Jonas Blue's Mama (feat. William Singe), which reached No.6 in June, and now bounces 18-10 to claim its highest chart position for 14 weeks, even though it has been out of the Top 40 on the OCC chart for the last six weeks.  It does so despite not receiving a single play from Radio 1 or Radio 2. It had a top tally of 46 plays at Key 103, Capital London and Capital East Midlands.

CNCO & Little Mix's Reggaeton Lento was poised at No.2 on both airplay charts last week but falls to No.6 on the radio chart after suffering a 14% dip in audience while jumping to No.1 on the TV chart. Becoming CNCO's first No.1 on the list and Little Mix's second, following Shout Out To My Ex, its coronation was nonetheless accompanied by a fall in support from 678 plays to 630, with top tallies of 89 plays at Capital TV, 81 plays at Chart Show Dance and 69 plays at Starz TV.

All of the top five on the TV airplay chart suffer considerable dips in audience - and the reason is not hard to find, with Charlie Puth's How Long, Marshmello's Silence (feat. Khalid), Rita Ora's Anywhere and Camila Cabello's Havana (feat. Young Thug) all surging into the Top 10 with moves of 36-6, 13-7, 34-8 and 66-9, respectively and adding 1,237 plays to their totals.