Charts analysis: It's no Ye as The Greatest Showman holds off Kanye West at albums No.1 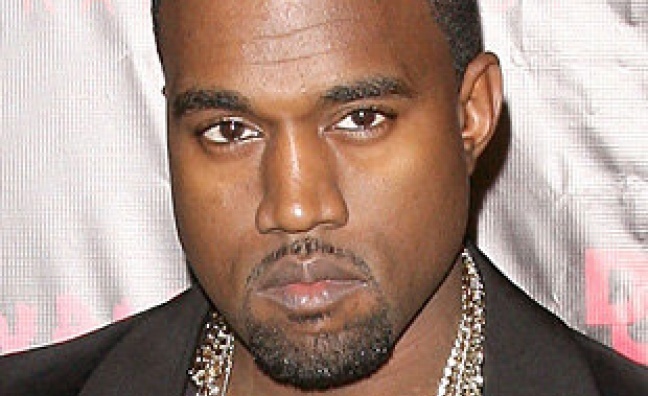 In previous chart combat it has denied No.1 debuts to albums by Camila Cabello, Fall Out Boy, Craig David, Justin Timberlake, UB40 (feat. Ali, Astro & Mickey), Manic Street Preachers, J Cole, James Bay and Snow Patrol. This week, it foils Kanye West, who was in pursuit of his third No.1 with latest studio album Ye but has to settle for runners-up position on sales of 22,192 copies (including 18,112 from sales-equivalent streams).

Certain to deliver West his eighth No.1 in The USA, Ye is a compact seven song effort with a playing time of less than 24 minutes, which raises West’s tally of UK album chart entries to 10, of which five have made the Top 10, with 2007’s Graduation and 2013’s Yeezus both opening at No.1 on sales of 84,611 and 25,400 – the latter in a five day frame – respectively. His last album, The Life Of Pablo, belatedly debuted and peaked at No.30 (2,722 sales) in May 2016, immediately after an OCC rule change that made albums available on streaming services chart-eligible for the first time. It was made available very briefly through Tidal for sale but its lifetime OCC consumption total of 132,688 includes only 32 digital sales, with the rest from streaming.

British indie/folk singer/songwriter Ben Howard maintains his record of making the top five with every album as third release Noonday Dream debuts at No.4 (13,720 sales). It’s a decent first showing for the album, from which the track Nica Libres At Dusk has accumulated upwards of 30 plays on Radio 1. Howard’s 2011 debut, Every Kingdom, opened at No.7 (14,492 sales) and peaked 71 weeks later at No.4 (21,840 sales) after he won Brit awards for Best British Breakthrough Act and Best British Male. His second album, I Forget Where We Were, subsequently debuted at No.1 (44,993 sales) in 2015. With Every Kingdom selling 759,255 copies, and I Forget Where We Were 229,643, Howard’s cumulative UK album sales passed the million mark in the week.

Lead singer and co-founder of The Who, 74-year-old Roger Daltrey returns to the chart this week with As Long As I Have You (No.8, 10,312 sales), a newly-recorded set comprising both originals and covers, among them songs previously recorded by Stevie Wonder and Boz Scaggs, with the 1964 title track being a Northern soul classic by Garnett Mimms. As Long As I Have You is Daltrey’s ninth solo album, his first since the uncharted Rocks In The Head in 1992, and the first to make the Top 10 since the introductory Daltrey in 1973 – although 2014 Wilko Johnson collaboration Going Back Home debuted and peaked at No.3 (34,119 sales) and he has a further 15 Top 10 albums between 1965 and 2006 fronting The Who.

An eclectic, leftfield and rather brief album – seven songs and a playing time of a little over 30 minutes, Lump is the eponymous debut of an act of the same name. Debuting at No.14 (4,199 sales), it is a collaboration between singer/songwriter Laura Marling and Mike Lindsay from the band Tunng, both of whom specialize in experimental folk and rock. Marling has five Top 10 albums to her credit as a soloist while Tunng’s highest charting album (2010’s And Then We Saw Land) reached No.99.

It is 50 years since Jethro Tull’s first album, This Was, was released, so the reason for the release of their new compilation 50 For 50 is obvious. It debuts at No.73 (1,333 sales) to become the veteran prog/folk act’s 26th chart album.

New Ministry Of Sound release Throwback Reggae Dancehall debuts atop the compilation chart on sales of 13,629 copies. It is the first reggae album to top the chart since I Love Reggae, an earlier MOS compilation, which opened atop the list a year ago next week, and eventually spent four weeks at No.1. The rival Island Reggae compilation slips 2-3 (8,569 sales), while Trojan’s Ska & Reggae Classics slips 7-11 (2,760 sales). The only track to appear on all of the above is Althea & Donna’s 1978 No.1, Uptown Top Ranking, which remains very popular 40 years on, and has digital age sales of 122,771 copies, including 65,425 sales-equivalent streams